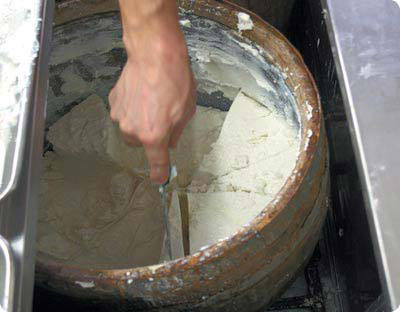 Athens will not back a multi-billion dollar trade pact between Canada and the European Union unless the deal is changed to specify that only Greece can use the term "feta" for its salty white cheese, according to a document seen by Reuters.

After five years of difficult negotiations, Canada and the European Union agreed a free-trade accord last year, but unexpected wrangling over aspects of the final text have intensified in recent months and could delay its ratification.

Greece will tell EU trade ministers in Brussels on Thursday that the agreed text does not protect Greek feta in Canada because, under the terms of the pact, Canadian companies using the ’feta’ name before October 2013 can continue to do so.

"We have informed the European Commission about the numerous usurpers of our famous feta cheese in the Canadian market," Greek diplomats wrote in a note prepared for Thursday’s meeting. They added that "it would be extremely difficult, if not impossible for us, to endorse" a EU-Canada trade accord.

Greece’s radical leftists, who won power in January, are struggling to renegotiate the country’s bailout with Europe and their last-minute objections to the Canada deal are unlikely to go down well with the most EU governments who are eager to see the economic benefits of the accord kick in as soon as possible.

It is not yet clear if a Greek veto could sink the treaty.

Greece, which says feta is its cultural heritage because it has made the sheep and goat milk cheese for 6,000 years, wants Canadian producers to label their cheese ’feta-style’.

Geographical protection of European food names is also causing tension with the United States, where the EU is seeking an even bigger deal than that of Canada.

Canada and the United States say the EU system is unfair because European immigrants have long produced such products as Greek feta and should be allowed to export it as such.

They also argue that there is no place called feta and so it should not receive geographic protection.

But the issue of food is emotive in Europe and the European Commission is struggling to maintain support for its ambitious trade strategy that includes free-trade deals with the world’s biggest economies.

Talks with Canada were launched in May 2009 but stalled several times over issues such as the size of quotas for Canadian beef and the issue of geographical protections.