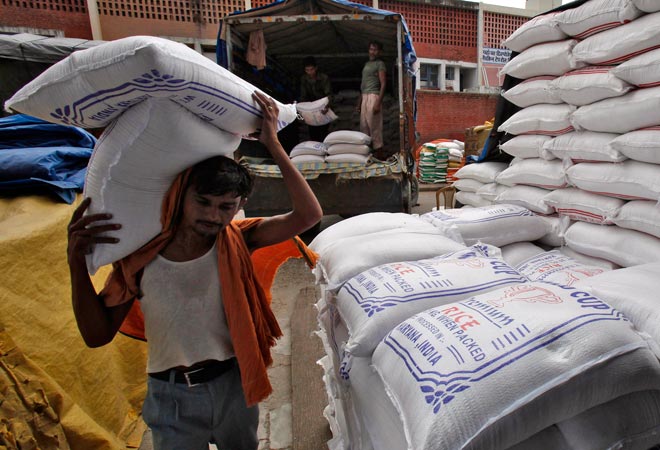 Has India lost its free trade mojo? Or will Delhi substitute the RCEP for the EAEU? Op/Ed by Chris Devonshire-Ellis

There are some serious downsides to doing business in India, not least the interminable wrangling and inability to get anything done in good time. Having operated a business there, I can advise that although Dezan Shira & Associates is profitable in the country, it has required far more effort and investment than it takes us anywhere else in the region. While that sounds like a gripe (it is), it is also important to understand the reasons for this.

On a macro level, India is woefully inefficient, with a massive, overstaffed bureaucratic system at all levels, which is designed in part to keep people employed. The component parts of that system are also motivated by money – or to be more precise, baksheesh – the practice of expecting a small tip for signing off a document. Individual amounts needed are small, but it is endemic, partially corrupt, and certainly falls foul of the Foreign Corrupt Practices Act (FCPA) legislation. Interestingly enough, when I began my China practice back in 1992, China had similar practices in place. The difference is that the Chinese state put an end to it. India hasn’t. China also ended the practice of charging internal tariffs on goods passing from one province to another, an issue that Africa has also recently adopted with their African Continental Free Trade Agreement (AfCFTA). But as yet, India has not fully abolished this in its own territories, a form of internal protectionism carried out by Indian states against each other. This continues to manifest itself in the structure of the Goods and Services Tax (GST) system, which has experienced problems during its roll-out; tariffs are in place on the transportation of alcohol and petroleum products. While the GST has at least made India’s taxation unified across the country, entrenched local protectionist attitudes – long left behind in China – still remain.

India Rejected the RCEP due to Concerns Over China’s Access to Domestic Markets India has now pulled out of the much-anticipated and long delayed Regional Comprehensive Economic Partnership (RCEP), which will now go ahead without it. RCEP includes ASEAN, with whom India already has an FTA. Other members of the RCEP are China, Japan, South Korea, Australia, and New Zealand. Of those countries, India has FTAs with Japan and South Korea; Australia and New Zealand have signed FTAs with several other Asian nations, but not with India. It would have been beneficial for both Australasia and India to agree to a deal, and it’s a lost opportunity, a sacrifice made due to India’s on-going mistrust of and insular approach to the Chinese.

The sticking point for India and the RCEP is indeed China. India faces opposition from Indian companies concerned that China will swamp their markets with cheap products. The problem with this reasoning is multifold. Many Indian businesses tend to out-maneuver tax laws to ensure limited tax liabilities, such as through the use of tax havens. This deprives the Indian state of much needed revenue. These businesses thus refuse to invest capital in upgrading their operations and at the same time demand protection from the state against competition from China and others. Delhi needs to work out, within its democratic processes, how to disentangle these vested interests with practical demands of the market.

To provide further light on the situation, Mauritius is currently the second largest source of foreign direct investment into India after Singapore. Yet, a lot of this is Indian money round tripping to take advantage of the Mauritius double tax treaty with India. A graphic courtesy of the Times of India explains the details of current FDI sources into India.

It is of course also interesting to note that China – a country whose foreign direct investment is welcomed by many countries throughout the world, and is the subject of much lobbying by Belt and Road countries – has invested very little in India. Indian businesses make China feel unwelcome. It may not be a wise policy – according to China’s Ministry of Finance, China’s outbound investment this year to date has increased by 2.1 percent, and currently stands at about US$70 billion for the first eight months of 2019. That’s about US$8.75 billion a month. India is making no effort to capture any of that.

It also means that India and its businesses are missing a huge opportunity. India, today, has a similar worker-age demographic as China did twenty years ago – a massive pool of cheap, young labor. Now is exactly the time that Indian companies should be cashing in on that dividend – instead they are unwilling to invest in themselves to help develop their own businesses and subsequently, the Indian economy. Indian businesses, by cutting China out of the loop, are preventing their own development and acquisition of skills, experience, and know-how. There is practically zero technology transfer between the two countries. Indian manufactured products will start to decline in quality, productivity will decrease, and lethargy will start to press on thier business.

It is a serious issue – Chinese and Asian investors are starting to bypass India as the next “Workshop of the World” and head directly to Africa instead. India is in danger of stagnating due to the short-sightedness of many of its business elite.

It is already happening. Despite both China and India having relatively high GDP growth rates of six and nine percent, respectively, bilateral trade between them has been decreasing in 2019. Indian exports to China declined by nearly two percent in the first six months of 2019 and are currently running at about US$15 billion per annum. That is a terrible statistic for Indian exporters looking at a China market currently consuming US$175 billion a month. Pulling out of RCEP because Indian businesses are failing to adapt to China’s rise – 30 years in the making now – can be expected to decrease this further. The RCEP is a missed opportunity to motivate Indian businesses to compete and develop.

Although the door to RCEP admission remains open, it seems unlikely that the business politics in the country will permit agreement to any deal that involves China market access into India. In my view that is a huge mistake. However, there is also an alternative deal in the offing.

India and the Eurasian Economic Union India is currently in negotiations with the Eurasian Economic Union (EAEU), a free trade bloc that includes Armenia, Belarus, Kazakhstan, and Kyrgyzstan along with Russia. The EAEU has a GDP of US$1.9 trillion and a population of about 180 million. Geographically, it sits on land between Europe and China, yet is relatively far away so as not to pose too much of a domestic competitive threat. Russia is the lead partner, and the wealthiest, and needs access to new markets. However, its economy is far smaller than China’s, and Indian businessmen will be much more amenable to establishing joint ventures (JVs) with Russian partners than they will Chinese. There is also regional precedence – Vietnam signed off on an FTA with the EAEU nearly three years ago, and the results have been positive – a fact not gone unnoticed by Delhi. Russian businesses have invested US$10 billion into Vietnam the past two years and Russian manufacturers such as Gaz Trucks are setting up JVs in the country with local partners.

India’s Increasing Connectivity with Russia, Central Asia, and Iran A deal between India and the EAEU makes sense, not least because of the issues with Indian manufacturers not wanting to lose control over their domestic market. The EAEU isn’t powerful enough to be disruptive, while at the same time can offer investment and market access to Russia and Central Asia – regions India is keen to reengage with. It also sends a message to Washington DC, which has slapped tariffs on a wide range of Indian products that it says are to the US’ disadvantage. US Senator Lindsey Graham recently stated, concerning global tariffs on US products that “India is the worst”.

India-Russia trade is also relatively low given the size of the respective economies, at just under US$9 billion. However, there have been ministerial calls on both sides, with verbal commitments and an MoU signed to increase this to US$30 billion by 2024. The governments of several Russian provinces and Indian states have stated that they expect collaboration and investment in energy, agriculture, food processing, as well as gold and diamond mining. India is a major buyer of the latter, and Russia possesses some of the world’s largest gold and diamond reserves. Indian diamond processing businesses have been establishing operations in Vladivostok’s Eurasian Diamond Exchange, while Indian Prime Minister Modi has introduced a US$1 billion Investment Fund for Indian businesses to invest in the Russian Far East. India’s rejection of the RCEP agreement, and the apparent developments elsewhere between Delhi and Moscow, appear to indicate that India views Moscow as a preferential trade partner to both Beijing and Washington DC. The dynamics of India trade with the EAEU is something that we will be exploring in greater detail should negotiations prove fruitful. If not, then the future for Indian exports and inbound FDI will start to look shaky if Delhi is not able to bring business leaders into line and shake them up a bit more to compete with China. Running away from the Dragon is not an option, and especially so when China has already made significant moves to relocate global manufacturing to Africa. India needs to get an EAEU deal done to show at least some sort of commitment to free trade, somewhere. The EAEU can be considered a safe harbor with low-hanging fruit, and I expect a deal to be concluded between 2020 and 2021.

The EAEU deal isn’t a great alternative to the RCEP agreement, however. What would be best for India is if it joined this bloc as well. But to make that happen, Modi needs to get to grips with tax loopholes draining Delhi of much needed revenue, politically disenfranchise Indian businesses and families using those workarounds, and encourage Indian manufacturers to compete with China. India’s elite have had enough power and protectionism. Modi needs to kick Indian business lethargy into touch or risk the country slipping down the opportunity rankings, unable to take its place within Asian free trade, and forever looking askance at a China none of them have the initiative or motivation to compete with. That must change or India will begin to lose investment and infrastructure dollars to an easier to deal with African continent that is both hungrier and more entrepreneurial. The EAEU deal may well be championed in India as a game-changer, and in certain sectors it will be. But what India really needs is the motivation and initiative to compete with China. The RCEP can deliver that. The EAEU cannot. Having deals with both would be the optimum solution.