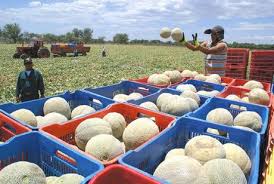 Honduras and South Korea FTA will soon enter into force

The Free Trade Agreement (FTA) between Honduras and South Korea is about to enter into force; the National Congress of the Republic has already approved it, and the president is expected to sanction this or next week, according to an official source.

The FTA was negotiated en bloc by the countries of the region, except Guatemala, which decided not to participate in it due to a tariff issue, with South Korean. It was signed by the executives in February 2018.

Now, all that’s missing is the presidential sanction, stated the presidential appointee Maria Antonia Rivera. "It has already been approved by Congress and I understand that it is ready to be sanctioned."

Ms Rivera was on tour in South Korea last year, where she was invited by the government of Seoul to promote this commercial instrument and bilateral relations. The South Korean market is already open to Honduran imports, she stated.

"Coffee, for example, is already in Korea, and it has had a good reception. These exports have been a success. The FTA is ready to be sanctioned, and I don’t doubt it will soon be sanctioned, as it was driven by the president."

The president should sanction the FTA this week or next week, she added, after which the tariff advantages for both countries’ exports, but especially for the Honduran agricultural sector, would enter into force.

In addition to coffee, Honduras wants to export to South Korea fruits, such as melon, which still must receive sanitary authorization by South Korean authorities; a process that has been delayed for more than a year.

"The melon is in its final stage. Korea is going to approve it." "Honduras is a strategic ally of South Korea. They offered us a lot of cooperation, in fact, they are giving us support in the issue of administrative simplification," she stated.

Some goods such as vegetables, potatoes, onions or corn were excluded from the lists with tariff preferences.