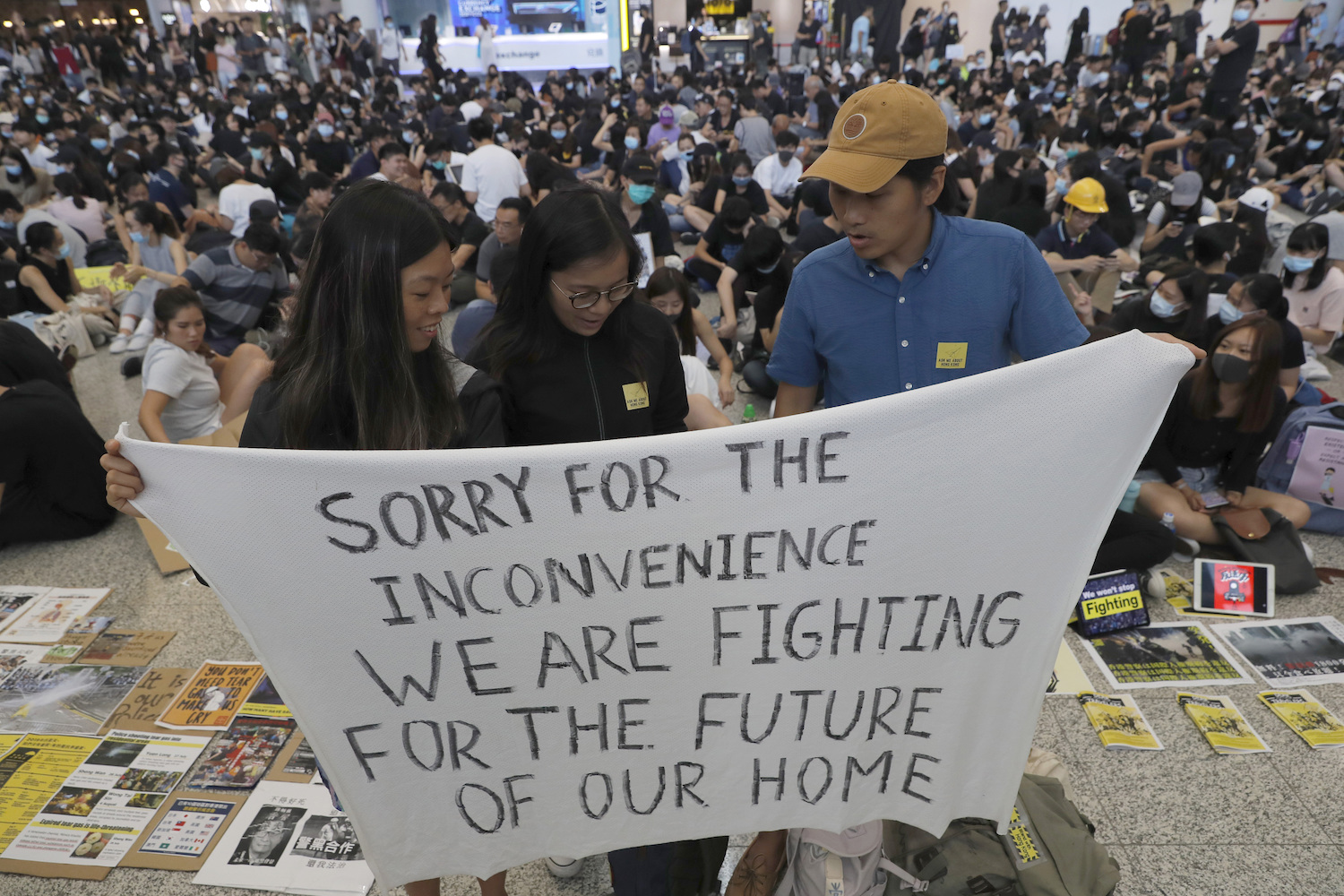 A free trade agreement between Australia and Hong Kong is on track to be ratified by the end of the year despite concerns about months of political unrest.

The deal is being examined by a parliamentary committee as the autonomous Chinese region grapples with months of protests.

Mass protests in the streets have caused the business hub to descend into what bureaucrats have described as an unprecedented level of "political difficulty".

The free trade deal was signed in March but must clear the Treaties Committee of federal parliament before being ratified.

“We’re not just monitoring it – we’re engaging, including with authorities, and talking about our substantial interests there and how we can protect and promote and preserve those,” she said.

The government wants to push through the trade deal before the end of the year.

Chief Negotiator for the Department of Foreign Affairs and Trade Elizabeth Ward said it remained important for Australia to push ahead with the free-trade deal.

“While it has been a free port for a very long time, the importance has been to write down in black letter law the levels of openness that Hong Kong has offered Australian business and to enshrine that right now seems to be very important,” she said.

Human rights groups have warned Australia not to rush to ratify a free trade agreement that could come at the cost of Hong Kong’s hard fought freedoms.

In a statement, the United Kingdom-based Hong Kong Watch raised concerns over the response of authorities to recent political unrest.

“In light of the erosion of freedoms and the rule of law in Hong Kong, it is therefore imperative for the Australian government to include human rights protection clauses, including suspension clauses if core human rights standards are not met," the statement reads.

Hong Kong chief executive Carrie Lam has withdrawn the extradition bill that ignited months of unrest in the city.

Protesters feared the controversial bill would have allowed suspects to be unfairly extradited to face criminal proceedings in mainland China.

But since then protests have continued over concerns Hong Kong’s system of one country, two system is being threatened by overreach.

“Respectful of the sovereignty that exists there but any peoples who want to speak up for their own democratic freedoms.”

Protesters have accused Hong Kong authorities of using heavy handed tactics to quell the unrest, and chief executive Lam has promised an inquiry into the activities of police.

Consul-General to Hong Kong Ms Browning said Australia’s ties to the region are deep and enduring.

“Our links and enduring relationship with Hong Kong are not purely economic ones,” she said.

“But it is substantially economic.”