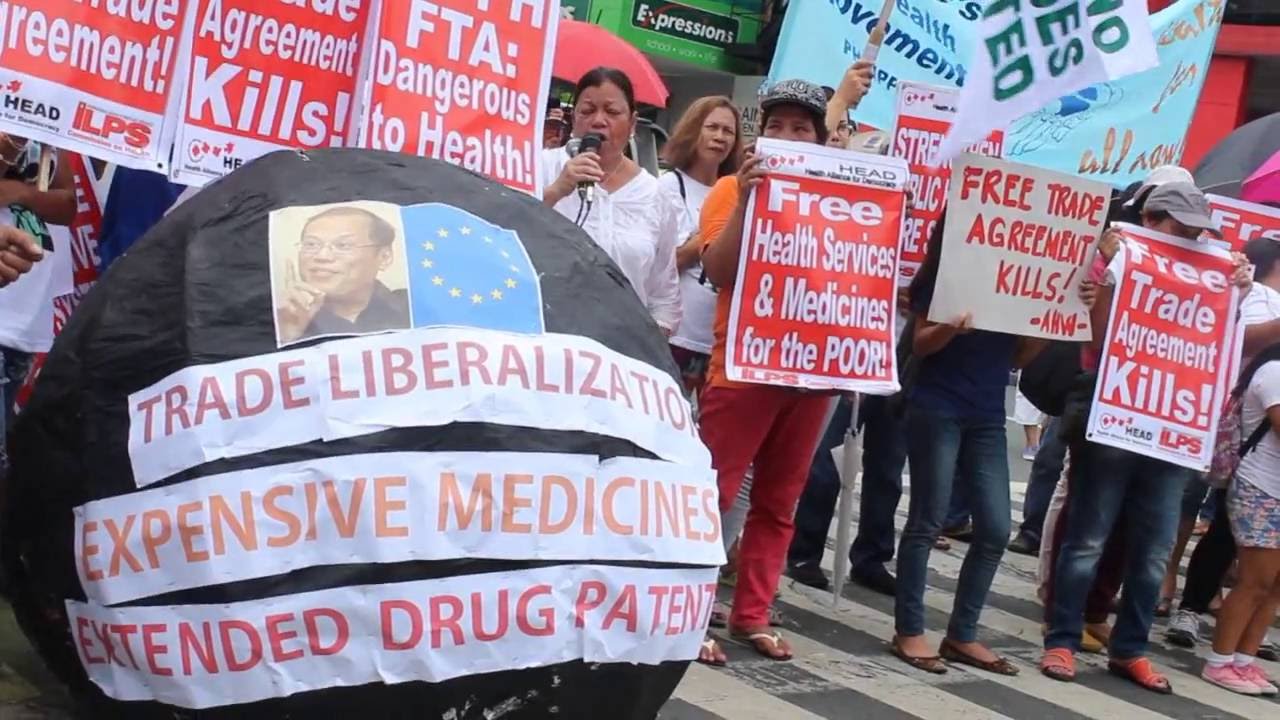 The European Union (EU) has suspended negotiations for a free trade deal with the Philippines partly due to concerns over human rights protection as the government wages war against illegal drugs.

In separate interviews, sources familiar with the issue confirmed that the third round of negotiations for the free trade agreement (FTA) between the EU and the Philippines had been paused, due in part to the conduct of the campaign against illegal drugs that had cost thousands of lives.

A source clarified, however, that they understood the need for a strong response to crime and the scourge of illegal drugs.

“It’s normal that you have to fight against criminals. It’s clear. But the way you do it, it’s an argument for the EU,” said the source.

“This is [one of the reasons] why EU paused the third round of the negotiation for the FTA [at] the moment,” the source added, clarifying that the move was not because of the drug war per se, but the “human rights results of the drug war.”

The EU and the Philippines had so far only met twice for formal negotiations, with the first round held in May 2016, and the second in February 2017.

There are other reasons why the talks had paused for now, the source added, such as compliance to trade regulations, and issues on the protection of investment and intellectual property.

Another source, who only agreed to comment under anonymity, confirmed with the Inquirer that issues on how the administration protected human rights played a part in the suspension of FTA talks.

“It is one of the elements,” the source said, adding that “a better overall enabling environment is needed.”

It is not clear how big a role human rights played into this FTA impasse, but the EU member state official said the bloc had always put human rights, dignity, and responsibility “in any paper that we sign, even if it’s just based in trade, because we think it’s the beginning of everything.” An FTA covering a wide array of trade and investment issues could take years, if not decades, to make.

The deal could significantly help increase investments and trade in the Philippines, especially since EU is one of its most important economic partners.

The Philippines hopes to meet a number objectives in having an FTA with the EU, according to the Department of Trade and Industry’s (DTI) official website.

First, the Philippines wants to have a wider duty-free market access beyond those covered under the Generalized System of Preference Plus (GSP +) since 2014, which has allowed the Philippines to export more than 6,000 products to the EU bloc at zero tariff.

Under the GSP+, the Philippines has to follow certain international conventions, including one concerning human rights.

Although the European Commission had retained the country’s GSP+ status, it said in its report that how the government waged its drug war was “a matter of grave concern.”

Also, while the GSP+ already provides beneficial market access for the Philippines, this arrangement will only last for a number of years. An FTA, according to DTI, is “permanent.”

Despite the political issues between the Duterte administration and the bloc, the Philippines has been benefiting more from its trade with the EU, than the other way around.

According to the European Commission’s website, the EU is the country’s fourth largest trading partner, accounting for nearly 10 percent of total trade last year.

On the other hand, the Philippines is the EU’s 41st largest trading partner, accounting for just 0.4 percent of the EU’s total trade.