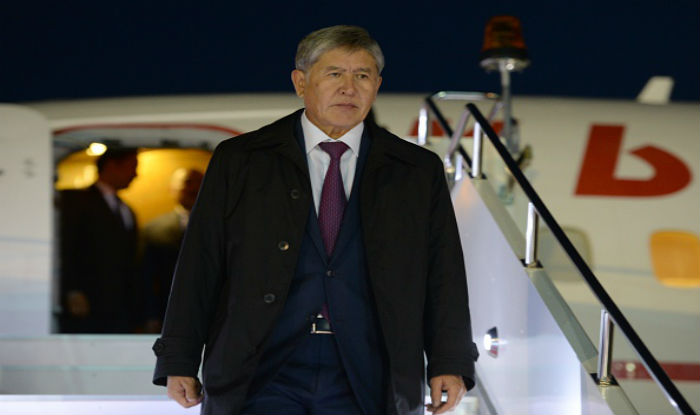 India and Kyrgyzstan initiated talks to conclude a Bilateral Investment Treaty (BIT) that will seek to boost investments between the two nations and protect investors’ interests.

An agreement to conclude the BIT was also signed, including six other pacts between both countries following a bilateral meeting between President of Kyrgyz Republic Almazbek Atambayev and Prime Minister Narendra Modi here on Tuesday.

According to a joint statement issued after the meeting, both leaders agreed to explore new mechanisms to further strengthen economic ties between the two countries.

“They noted with satisfaction that the Bilateral Investment Treaty had been initiated earlier in the morning on December 20, 2016,” it said.

Both leaders also directed their respective officials to develop a comprehensive roadmap for a five-year timeframe elaborating details on how to expand bilateral trade between both sides.

“President Atambayev and I agreed on the need to connect our economies more deeply. To this end, we will work to strengthen bilateral trade and economic linkages, and facilitate greater people-to-people exchanges,” said Modi.

India and the Kyrgyz Republic will be marking the 25th anniversary of establishment of diplomatic ties between the two countries in March 2017.

Both nations also plan to expand the joint military exercises. The ‘Khanjar’ series of India-Kyrgyzstan military exercises has become an annual event. In March 2015, Khanjar-II exercise was held in Kyrgyzstan. Now Khanjar-IV exercises are scheduled to be held in February-March 2017.

India and Kyrgyzstan are jointly constructing the Kyrgyz-Indian Mountain Training Centre in the city of Balykchi, in Issyk-Kul District of Kyrgyzstan. This centre will provide instruction and training for personnel of the armed forces of the Kyrgyz Republic as well as host Kyrgyz-Indian joint mountain training exercises.

The Central Asian nation bordering China is strategically important for India and both countries have been steadily ramping up defence collaboration.

Modi had visited Kyrgyztan in July last year during which a pact for boosting defence cooperation was inked.

The joint statement said the two leaders noted the challenges posed by terrorism and extremism globally as well as in the Asian continent, and emphasised the importance of ensuring a stable and secure environment for peaceful economic development.

“In this context, they also called for the adoption by the United Nations of the draft Comprehensive Convention on Combating International Terrorism,” it said.