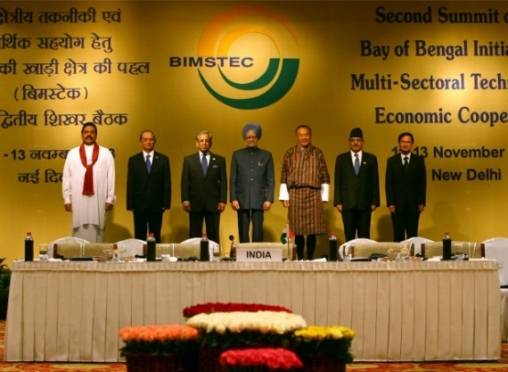 India must work closely with BIMSTEC on trade push: Assocham

India should work closely with BIMSTEC, a seven-nation grouping, to conclude trade negotiations and attempt early operationalising of the Bay of Bengal free trade agreement (FTA) to give a big push to trade in the region, industry body Assocham said today.

The FTA, which has been under negotiations since the inception of BIMSTEC, needs to be accomplished and all other areas of cooperation will follow once the member countries are connected and trade and commerce flourishes, the study noted.

It further said that there is a need to liberalise trade and investment measures in services considering the lack of adequate physical infrastructure in the region, more so as services exports are performing well compared to manufactured exports that are more dependent on infrastructure.

“Members of BIMSTEC have been struggling to negotiate a successful free trade agreement which has over the years been overtaken by other instruments which has been somehow disincentive for a greater push on this FTA,” the Assocham said quoting Saran.

“I think the potential for the future lies in investments in the services sector,” she added.

Highlighting that the Bay of Bengal is home to over 30 per cent of world’s fishermen, Saran said that sustainable development and modernisation of fishing industry in the region can contribute substantially in improving standards of living of people.

“I would urge to look at potential of development of marine resources in agriculture, particularly in the fisheries sector,” she said.

Terming terrorism as a major challenge to region’s economic growth and development, the Secretary (East) in MEA said, “What we together as BIMSTEC need is a concerted action to deal with terrorism including dismantling of structures of terrorism, trainers of terrorism and isolate those who sponsor, finance and train these terrorists.”

Bangladesh State Minister of Foreign Affairs Alam said, “We would also like to see negotiation on investment in services be fast-tracked to run parallel to the negotiations on trade in goods.”