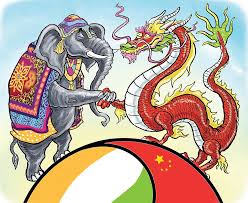 India plans to resume discussion on “outstanding trade issues” with China, including those related to the Regional Comprehensive Economic Partnership (RCEP), once the Covid-19 situation stabilises, according to India’s Ambassador to China Vikram Misri.

“Discussions on the RCEP have taken place regularly whenever commerce ministry officials of the two countries have met. Our expectations with regard to the RCEP are well known to the Chinese side. When bilateral discussions resume, we would expect responses to these,” Misri told ThePrint.

India had walked out of the ASEAN-led mega trade pact RCEP last November over differences with China. But it said it will continue to discuss those issues with China.

During their last informal summit in Mamallapuram, Tamil Nadu, in October last year, Prime Minister Narendra Modi and Chinese President Xi Jinping had agreed to establish a “separate mechanism on trade, investment and services” that will be co-chaired by Finance Minister Nirmala Sitharaman and Chinese Vice-Premier Hu Chunhua.

“When the leaders of both countries met for the second informal summit, there was also a consensus reached on instituting a high-level mechanism focused on such issues and which would help in quick and effective decision-making to resolve issues related to trade and economic cooperation. Once the situation stabilises, we expect these channels to be re-activated for the resolution of our trade concerns,” Misri said.

The ambassador, who gave a detailed interview to ThePrint over email, phone and text, said regular trade and commercial exchanges between New Delhi and Beijing have been affected due to the pandemic.

Last week, the Modi governmenttightened foreign direct investment (FDI) norms that will require all Chinese firms to seek prior government approval before making investments into India.

On the US temporarily halting the World Health Organization (WHO) funding, Misri said the Indian mission’s focus in Beijing has been on meeting the needs of the country to fight the pandemic, as well as the welfare of Indian nationals there.

‘Govt taking care in procuring test kits, PPEs from China’ On Tuesday, the Indian Council of Medical Research (ICMR) asked the states to halt the use of rapid testing kits imported from China over complaints of malfunctioning.

Misri said the Indian government is taking care to ensure that procurement of medical devices, including testing kits, are confined to a list of approved and qualified suppliers, who figure on an official Chinese government list.

“The Chinese government has emphasised that procurement should be done from only those entities that figure on this list,” he added.

“China happens to be one of the largest producers of a number of these products. I would like to underline that we are facilitating contracts following instructions of the government, especially, the designated empowered group for procurement. We are not involved in the procurement that is being done by several other agencies in India, including private entities, though, of course, we do provide assistance where required to help those entities with last-mile issues,” he added.

So far, India has procured 7 million personal protective equipment (PPE) kits and about 1,000 ventilators from China, according to the ambassador.

Misri said the Chinese authorities are “aware” about the quality issues being raised about some of their products in other countries.

Chinese customs agencies are permitting the export of only those medical supplies, which are produced by companies certified by the Chinese National Medical Products Administration (NMPA), according to Misri.

“Exports of non-listed entities are not allowed by the authorities here. In order to ensure quality, Chinese authorities have added an extra quality inspection requirement of all consignments before they are handed over to customs authorities. Finally, we are also doing our part in the quality assurance exercise by insisting on an independent third-party inspection by reputed agencies,” he said.

India, China should ensure steady supply of APIs About 70 per cent of the APIs (active pharmaceutical ingredient) or raw materials used by India to produce medicines come from China based on which it is able to export drugs like hydroxychloroquine and paracetamol to other countries, which are now in high demand for their ability to treat Covid-19 conditions.

China also imports APIs from India for manufacturing certain pharmaceuticals that they need for domestic consumption as well as for export.

“This is a significant avenue for both sides to continue to ensure a steady supply and further our cooperation. It is important, particularly at this critical time, for us to keep this product line open between us, when not just the two counties but the rest of the world also look to us for a lot of their medicinal and pharmaceutical needs,” Misri said.

He said in the initial stages of the outbreak, there was some disruption to these linkages but now, he said: “The situation has slowly returned towards normalcy in China and enterprises have restarted production, these linkages too have resumed.”

India has exported the anti-malaria drug, hydroxychloroquine, to over 55 countries, including the US, the UK, France, Germany, Russia and others, after it partially lifted the ban on its exports earlier this month.

Wuhan in Hubei was the epicentre of the highly infectious Covid-19 disease and is coming back to normalcy.

The Hubei province, and in particular Wuhan, boasts of a significant Indian student population.

Some of the students came back to India due to yearly Spring Festival vacation while some had to be repatriated due to the outbreak there in January and February this year.