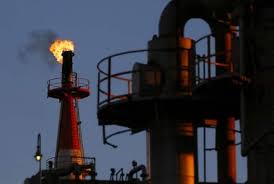 Most of the free trade agreements (FTAs) signed by India have not benefited the domestic chemicals and petrochemicals industry, according to a white paper brought out by the Federation of Indian Chambers of Commerce & Industry and consultancy Mott MacDonald.

“The petrochemical industry in India is subjected to certain structural disadvantages which inhibit its competitiveness. Factors like high cost of capital and lack of adequate infrastructure place domestic petrochemical manufacturers at a significant disadvantage compared to their counterparts elsewhere,” the report said.

“The majority of the agreements concluded by India have not benefited the Indian chemicals and petrochemicals industry. The focus of these agreements had been reduction/elimination of tariff without adequate attention paid on other factors impacting trade. As a result, in most of the cases, Indian exports to these countries had gained relatively less as compared to imports, thus widening the trade gap,” it added.

RCEP agreement Commenting on the trade agreement proposed by the Regional Comprehensive Economic Partnership (RCEP), FICCI noted: “India’s agreements with Singapore, Korea and ASEAN have resulted in India providing preferential access to its huge market without commensurate gains accruing to it, not even in the areas of services and investment.”

“As India is already in trade agreements with most of the trade partners under RCEP, including ASEAN, Korea and Japan, it is seen that these agreements have not been favourable to Indian petrochemical sector so far. In 2009-10, when these FTA negotiations just ended or were in their final stages, India’s trade deficit in comparison with its three FTA partners was $16 billion, while in 2017-18, the deficit rolled over to $31 billion,” it added.

FICCI has also called for the constitution of a permanent regulatory board to review existing FTAs. “The board will be entrusted with the responsibility of reviewing existing FTAs taking into account the sectoral sensitivities and formulating the approach for FTAs under negotiation,” the report said.