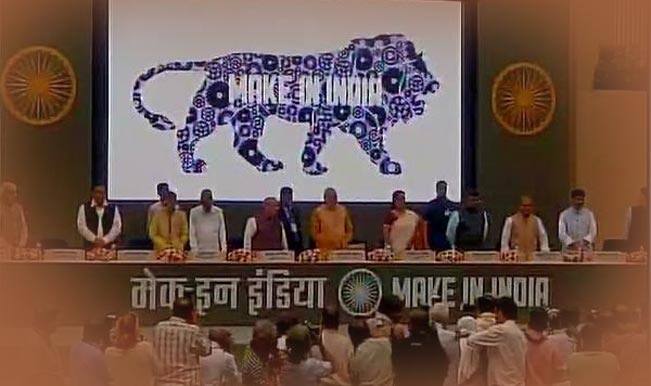 As the world welcomes the US-China trade deal, India needs to have a deep rethink about our position in global trade today. Our audacious ‘Make in India’ programme never reached the promised heights and now has been dealt a crippling blow.

At the height of the US-China trade tensions, India was seeing visions of having large American companies move to India and make for the US market in India. Truth be told, the beneficiaries of that were Vietnam and China, and from India’s perspective, as of now, that is even more unlikely.

The Obama administration had originally envisaged the Transpacific Partnership (TPP) to isolate China and keep the US at the centre of Asia. The Trump administration upended that and rather than integrate the Asian economy to take on China through TPP, Trump took on the battle directly and imposed his first tariffs on Chinese imports to the US in 2018. He rapidly escalated the pressure imposing multiple tariffs on imports worth several billion dollars from China into the US. He also continually attacked China’s protectionist domestic market publicly and relentlessly through his legendary tweets. In a tit-for-tat situation, China imposed tariffs on critical goods coming in from the US in a manner that was designed to hurt Republican politicians in their home states. Pressure from the Republican politicians and of course US industry who were so addicted to cheap imports from China eventually compelled Trump to settle and announce his first phase of a trade deal with China.

As part of the first phase, China has agreed to increase imports by $200 billion (over 2017 figures) by 2021 and increase enforcement of US Intellectual Property Rights (IPR). For the moment, the tariffs already imposed since 2018 will largely remain in place. IPR protection has been a long-standing concern of the US, and China making bilateral commitments on that, is a positive by any standards.

As for the TPP strategy of the Obama administration – that is in shreds. Besides striking this trade deal with the US, China has seized a dominant position in the Regional Cooperation Economic Partnership (RCEP) involving a third of the gross domestic product (GDP) and almost half the world’s population. It is estimated that RCEP’s share of the world economy will account for half of the estimated $0.5 quadrillion global (GDP, PPP) by 2050. There are 16 countries involved in RCEP: The 10 members of ASEAN — Brunei-Darussalam, Cambodia, Indonesia, Laos, Malaysia, Myanmar, the Philippines, Singapore, Thailand and Vietnam, plus the six countries with which Asean has free trade agreements — Australia, China, India, Japan, Korea, and New Zealand. India formally opted out of the RCEP Agreement in November 2019, and will remain a peripheral player through its outdated and inadequate FTA with ASEAN signed in 2009.

Some critics argue that with the US presidential elections slated for 2020, Trump could not sustain the trade offensive longer and needed to settle. Be that as it may, China has a truce in place now. Trump supporters hailed the pragmatic deal, where the US managed to secure a firm commitment from China to protect US IPR as well as (in a measurable way) agree to increase its imports from the US – which will substantially reduce the trade imbalance ($419 billion in 2018) which Trump was after.

While all parties may have their own version of the truth, the global markets have welcomed the peace between the two largest economies of the world. Stock markets have risen (including in India) and US and Chinese industries and consumers alike can breathe a sigh of relief. Particularly in China where access to the large US market is back on track with no new tariffs for the foreseeable future, and imports of agricultural products and pork that are required to feed its ever-rising domestic demand mean no dramatic food inflation. From the US’ perspective, there is a good story to give to the farmers in America on how they can access the Chinese market. This is Trump‘s core constituency - couple this with the manufacturing jobs that have come back into the US through the aggressive trade tariffs put into place since 2018, this deal has benefited both economies.

Where does this leave India? Granted we have a large domestic market, but unfortunately, we have not leveraged this effectively for our own exports. We missed the opportunity to move jobs out of China during this heightened trade war between the two largest economies in the world. Adding to the woes is that China has assumed a dominant position in Asia through the RCEP from which India opted out. So, in sum total China retains access to the richest market in the world and has now strengthened its supply chain throughout Asia - while also getting access to the large Asian market.

In another blow to India the WTO continues to remain moribund. With two appellate members retiring in December 2019 and Trump refusing to appoint a new one, the quorum to hear appeals no longer exists and the best working part of the WTO is now broken down. In essence, there is no multilateral platform on which India can further its trade agenda.

If the signals emanating from Udyog Bhawan are to be believed, India is poised to embark on a trade protectionism path which promises to isolate us even further in global trade. If the rumoured tariff hikes take effect, imports to India will become costlier. India has already put into place a series of non-tariff barriers which is impeding exports into the country. While one may argue that it is for the protection of the Indian consumer (that imported products need to meet with standards), the reality is that several Indian industries for which standards are being implemented find it difficult to comply with the standards themselves.

What remains intact is India’s usually aspiring population which will continue to consume, albeit at rising costs. The government hopes that their consumption will be met through manufacturing in India. However, the sentiment to set up new manufacturing facilities in India still remains weak. If the US-China trade war and the opportunity it presented for nearly two years was not enough incentive to make in India, the question that needs to be considered is whether putting barriers around the Indian market will drive multinational companies to set up manufacturing facilities in India. And more importantly – will it happen quickly enough to boost the grim economic outlook in India.

India today does not have preferential access into Europe or the US. Even our Asian market access is built on outdated trade agreements, while China has restored its market access to the US and has stolen the lead in Asia. Another boost for China is the key European markets which continue to flirt with China’s 5G technology to build out their own networks for the future. Trump’s efforts to exclude Huawei and other Chinese technology giants have clearly not succeeded. India does not have any equivalent dominance in technology hardware to leverage.

So, what can India do in this situation? Now is a time for boldness. The unidimensional approach of ‘make here to access my markets’ needs to be re-thought. The prize is not the home market, but the global market and India needs to leverage its home market to that end. The last thing that should be pursued is a strong protectionist agenda. Closing our markets will not serve the Indian consumer or Indian industry. India needs to be able to compete with the best global companies if it is to meet the aspiring needs of its own population. Without global competition from fair-priced imports, India runs the risk of falling into the socialist trap of the 70s and 80s. Access to other markets will require India to compete with Chinese and Asian manufacturers who now have a cosy trade deal between themselves as well as with the richest markets in the world. Clearly an RCEP-EU deal will be more attractive than an India-EU deal to the Europeans. India has chosen to be excluded from such opportunities.

Small opportunities such as a trade deal with the UK is a possibility. But clearly that is not a priority for the post-Brexit UK. They will first pursue a trade deal with Europe and next with the US. India has an opportunity to reach a trade deal with Japan who also opted out of RCEP because of China. However, Japan is a global giant and will strike its own equilibrium on global trade with the US and China as there is huge amount of interdependency between Japanese, Chinese and American industries. Even their deal with Asean is more far-reaching than India’s 2009 deal.

In the absence of the WTO platform, India will need to strike bilateral deals with the US, Europe, and Asia. India will need to give something in exchange to get an opportunity from each of these economies. Instead, India seems to be embarking on a protectionist agenda. Clearly India cannot manufacture and consume predominantly only domestically. That model has been tried and failed. We need to get access to large markets with affluent customers in order to boost our ‘Make in India’ plans. India’s largest export remains IT services. But given the protectionist sentiments in the largest markets for our services, we can expect that market access there will come at an even greater price.

In this high-stakes game of world trade, bold and confident steps will need to be taken that go beyond traditional strategies. The ability to confront and then deal rapidly and decisively is the new order. China clearly rolled that dice with the US and RCEP. Even in the new US-Canada-Mexico deal that replaced NAFTA, the negotiations were abrasive and confrontational. The EU will undoubtedly do that next with the UK and RCEP. Whether India will play the same high-stakes game remains the multibillion-dollar question for India’s global ambitions and our Make in India aspirations. The path to a $5 trillion economy lies through integration with the global markets, not isolation.