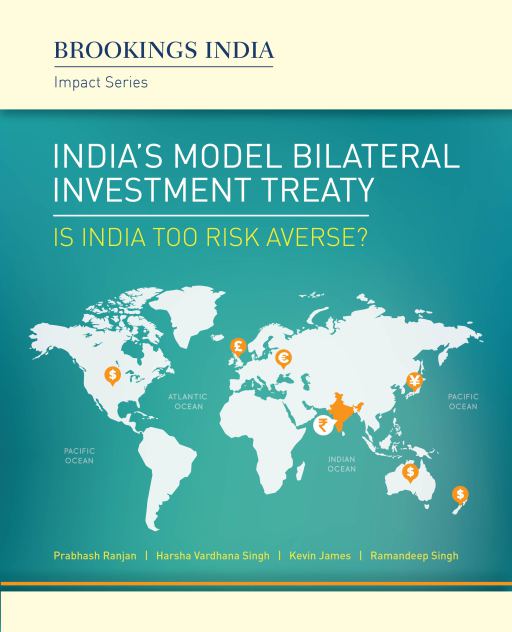 India’s model bilateral investment treaty: Are we too risk averse?

India’s decision to adopt a new Model Bilateral Investment Treaty (BIT) especially in light of the growing debate on how to reconcile investment protection with host state’s right to regulate should be welcomed. After foreign investors sued India under different BITs, India realised that broad and vague investment protection standards can be interpreted in manners that give precedence to investment protection over the host state’s right to regulate. The fact that India has adopted a new Model BIT that continues to give the right to foreign investors to challenge India’s regulatory measures under BIT shows India’s continuous engagement with the investor-state dispute settlement (ISDS) system unlike countries like South Africa and other Latin American countries. However, India has significantly altered the terms of this engagement.

India claims that the change in the terms of this engagement is to strike a balance between investment protections with host state’s right to regulate. However, this paper shows that barring the Model BIT, India has not been able to reconcile the interests of foreign investors with the host state’s right to regulate. The Model BIT contains a narrow definition of investment, an extremely narrow fair and equitable treatment-type provision, excludes Most Favoured Nation clause and taxation measures from the purview of the BIT. Furthermore, it provides for a general exception provision without a chapeau and contains a complicated and sequential ISDS. The presence of these provisions makes the Model BIT pro-state with limited rights to foreign investors.

Furthermore, although the attempt of the Model BIT is to reduce arbitral discretion, as the discussion shows, many provisions still remain undefined and vague; thus, continue to grant significant discretion to ISDS arbitral tribunals.

Therefore, our analysis shows that India has not been quite successful in developing a model that balances investment protection with the state’s right to regulate nor in reducing arbitral discretion. In view of this, this paper suggests how these goals could be achieved by providing alternative formulations.

Indian BIT practice needs to evolve keeping the following in mind: First, India’s desire to increase foreign investment inflows, especially under government initiatives like Make in India. The paper explains there is evidence to show that BIT regime in India has played an important role in attracting foreign investment. Further, even globally, many studies show the positive relationship between BITs and inflow of foreign direct investment (FDI). Second, the significance of BITs for foreign investors in India also assumes importance due to larger goals of good governance and pursuit and strengthening of rule of law. Having a balanced BIT regime would also help in improving the perception of foreign investors that it is easier to do business in India and that in case of undue regulatory interventions, they could rely on promises made under international law to safeguard their investment.

Third, India is not just an importer but also an exporter of capital. India’s overseas FDI has increased from less than $1 billion in 2000-01 to more than $21 billion in 2015-16. A BIT that tilts towards the host state’s regulatory power will reduce protection for Indian companies abroad.