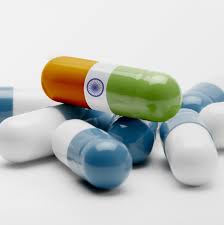 India has pitched for stronger provisions in the rules of origin, removal of non-tariff barriers and better market access in the existing existing Free-Trade agreement (FTA) with the the Association of Southeast Asian Nations (ASEAN), arguing the changes should kick off sooner rather than later.

At the 17th Asean-India Economic Ministers Consultations held virtually on Saturday, Commerce and Industry Minister Piyush Goyal reiterated India’s consistent position that the review of the current FTA, in effect since 2010 has, has been inordinately delayed.

Goyal batted for closer engagement towards finalisation of the scoping exercise, before the ASEAN-India Leaders’ Summit scheduled in November 2020, and to start the full review before the end of this year. He said the review should make the Free Trade Agreement more user-friendly, simple, and trade facilitative for businesses.

Now, all sides have decided to direct senior officials to, "start the discussions to determine the scope of the review at the earliest", a statement by the government said on Sunday. "The review will make the agreement modern with contemporary trade facilitative practices, and streamlined customs and regulatory procedures," it added.

The Ministers also reaffirmed their commitment to take collective actions in mitigating the economic impact of the pandemic and resolved to ensure macroeconomic and financial stability. Crucially, the nations pushed for strengthening supply chain connectivity, particularly the unimpeded flow of essential goods and medicines in the region, in compliance with World Trade Organization rules.

The FTA with the 10-nation Asean bloc (Indonesia, Thailand, Singapore, Malaysia, The Philippines, Vietnam, Myanmar, Cambodia, Brunei and Laos) came into effect on January 1, 2010. Last year, in September, both sides agreed to review the agreement amid criticism from the domestic industry that the deal was helping imports rise much faster than exports.

Trade with Asean, which had consistently seen the best growth for Indian exports sank 10 per cent in 2019-20. Exports to the bloc stood at $31.54 billion, down by more than 15 per cent from $37.4 billion in 2018-19. Imports however remained much higher at $55.36 billion, albeit reducing from $ 59.32 billion, a 6.6 per cent fall. Imports from the region had recently been on the upswing since 2018-19 due to Chinese shipments being moved through the region, particularly Vietnam, government estimates say. But the latest pandemic and India’s skirmishes with China along the Ladakh border has now restricted the flow.

“The government has critically analysed a wide number of tariff lines after consulting with industry bodies, and prepared its future vision of the deal may be asked to provide their input. All that is left now is to negotiate our position with the Asean,” a senior government official said.

India believes the deal has been instrumental in connecting Indian businesses to their South East Asian counterparts and domestic industry needs to better utilise the concessionary rates available to them. But the cost of such access has also been heavy. According to a study by the NITI Aayog, the utilisation rate of regional trade agreements (RTAs) by Indian exporters is very low (between 5 per cent and 25 per cent). Sectors where trade deficit has worsened account for 75 per cent of India’s exports to Asean, while trade surplus sectors have also shown only marginal improvement, it had added.

Also on Saturday, industry body Ficci, as the Indian secretariat of ASEAN India Business Council (AIBC) recommended an open approach to collaborate and increasingly operate in the services sector, a core component of economies in the region which has been hit hard by the pandemic. This comes in the backdrop of India-ASEAN trade target of US$ 200 bn trade by 2022, which now looks difficult, Ficci said.

recommended to the ministers that ASEAN should consider introducing business travel cards with at least 90 days validity. Sangita Reddy, Co-Chair AIBC (India) said for special incentives for Indian pharmaceutical companies should be introduced for setting up plants in dedicated ASEAN zones.