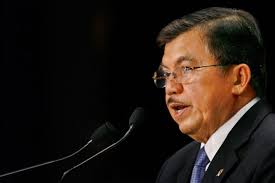 During his opening speech at the Indonesia-Africa Forum (IAF) at the Bali Nusa Dua Convention Center on Tuesday, Kalla said such meeting is important to increase trade and economic cooperation.

"To develop cooperation with Africa is one of the priorities of Indonesia’s foreign policy," he remarked.

As the second growing economy in the world, Africa has many hidden potential. Kalla even mentioned Wakanda, a fictional African nation and home to the superhero Black Panther, as a parable of how Africa has "hidden gems".

"I am reminded of the film Black Panther and its fictional nation Wakanda. It has great resources that are often unknown by the outside world, so is Africa, a continent with tremendous potential," he explained.

Still according to Kalla, Indonesia and Africa are also in the process of building massive infrastructure to boost the economy.

"Like Africa, we (Indonesia) understand that infrastructure development is important, if we want to see the rapid economic growth to benefit our society," the Kalla said.

The IAF is a platform for Indonesian and African governments and business actors to promote trade and economic cooperation, as well as investment opportunities and technical cooperation between Indonesia and the countries of the African Union region.

The total value of Indonesia’s trade with Africa in 2017 reached US$8.85 billion. This value is increased by 15.49 percent compared to the previous year.