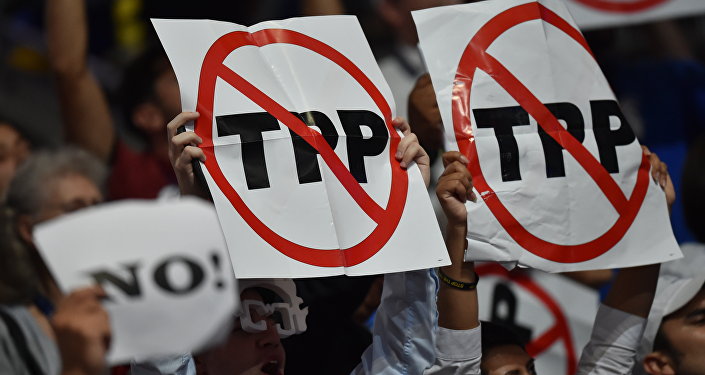 Indonesia is studying the revised Trans-Pacific Partnership agreement reached by 11 nations after the US exited, with a view to joining the trade pact, Jusuf Kalla, the country’s vice president, said on Tuesday.

Those comments mark a turnaround in policy for the Southeast Asian nation, which had previously said that the trade pact had lost its allure without the US’s participation.

Speaking to the Nikkei Asian Review on the sidelines of the Future of Asia conference, hosted by Nikkei, Kalla said that Indonesia "is now studying the conditions, the possibility" of joining the trade agreement. "Of course, if TPP is free of tax, and Indonesia still pays tax, then it is not easy for Indonesian goods to compete in the market," he said. "That is why our intention is to join" after the pact comes into force, he said.

The vice president had said in an interview with Nikkei last year that "without the US [in the TPP], we feel that the benefits on the trade front for Indonesia aren’t that big, and we have lost interest," but he now is of the opinion that regardless of whether the world’s biggest economy returns or not, Indonesia could join.

Kalla said he hoped that the studies currently being conducted by his government in the existing TPP agreement would conclude within "six months to a year," after which Indonesia will make a final decision. The studies will focus on how the country’s competitiveness will be affected if it joins the pact.

Twelve nations that border the Pacific Ocean initially joined the TPP in February 2016, but the US pulled out of the deal last year after Donald Trump, following through on his campaign pledge, took office as president. The 11 remaining countries agreed to an amended version of the deal, now called the Comprehensive and Progressive Agreement for Trans-Pacific Partnership, or CPTPP, in Vietnam last November, signing it in Santiago, Chile, this past March. The new TPP takes effect once six of its members ratify the deal.

Indonesia in early April drew up a road map, dubbed "Making Indonesia 4.0," for upgrading five manufacturing sectors in the hope of making the country one of the world’s 10 largest economies. The industries comprise food and beverage, textile and garment, automotive, chemical, and electronics — sectors which face fierce competition from Indonesia’s neighboring countries. Joining the TPP would at least level the playing field for Indonesia against its rivals.

Indonesia is also involved in another mega trade deal, the Regional Comprehensive Economic Partnership, or RCEP. In February, it hosted the 21st round of talks in the city of Yogyakarta, with Indonesia’s trade minister, Enggartiasto Lukita, saying at the time that the partnership was the country’s priority.

But with RCEP negotiations dragging on — initial plans were for the talks to conclude last year — Kalla hinted that Indonesia will now put a priority on joining the TPP. "[It] has faster operation," he said.