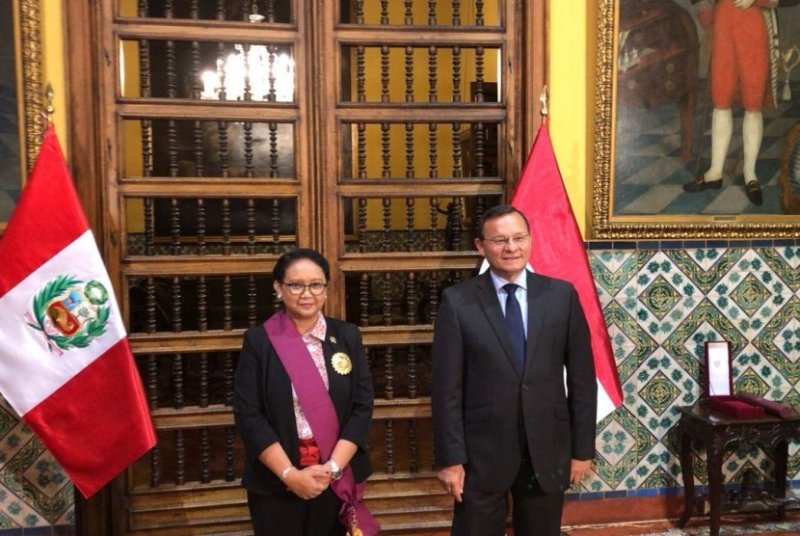 Jakarta. Indonesia and Peru agreed to step up economic cooperation during a meeting between their foreign ministers in Lima, Peru, on Wednesday (23/05).

The cooperation is going to start with a trade in goods agreement (TIGA) to intensify trade engagement.

"Indonesia proposed that the establishment of a comprehensive economic partnership agreement [CEPA] should be carried out step-by-step, beginning with the TIGA," the Ministry of Foreign Affairs said in a statement.

Peru is Indonesia’s fourth-largest trade partner in South America. Data from the Ministry of Trade showed an increase of around 5 percent between 2016 and 2017, with total trade valued at nearly $230 million last year.

According to the statement, Foreign Minister Retno Marsudi said during the meeting with her Peruvian counterpart, Néstor Popolizio, that Peru is an important market for Indonesia, but the economic cooperation still needs to meet its potential.

Retno also stressed the importance of increasing business interaction between the two countries and diversification of products in bilateral trade.

At the meeting, Retno invited Peruvian businesses to participate in Trade Expo Indonesia (TEI) in October. Indonesia is also set to take part in Peru’s Expoalimentaria and Mistura Food Festival later this year.

The ministers also discussed efforts to increase cooperation in other fields, including agriculture and fisheries.

In December, a CEPA with Chile made it the first South American country to have a free trade agreement with Indonesia.