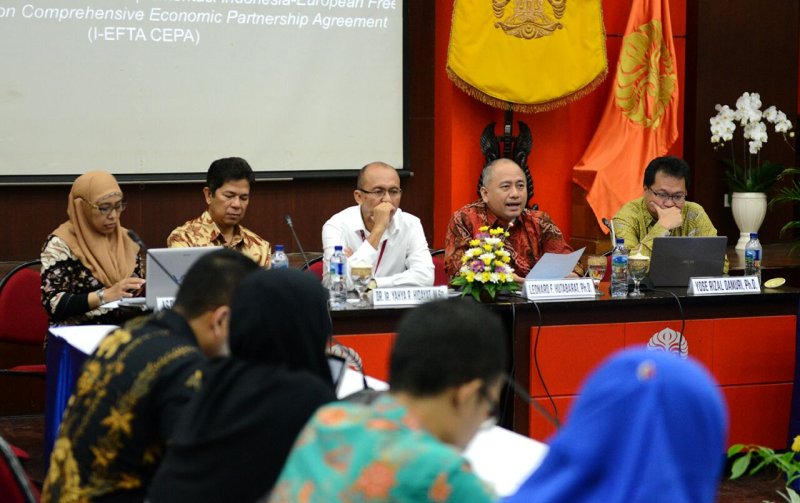 The commitment to complete the negotiations between Indonesia and the European Free Trade Association (EFTA) was made during the meeting between Enggartiasto and Swiss Economic Minister Johann Schneider-Ammann on the sidelines of the 2018 Annual Meetings of the International Monetary Fund and World Bank Group in Nusa Dua, Bali on Friday.

“The meeting was a follow up to our meeting in Zurich. Indonesia and Switzerland have a strong commitment to complete the IE-CEPA negotiations,” said Enggartiasto in a statement received by The Jakarta Post on Monday.

Indonesia is scheduled to host the final round of the IE-CEPA negotiation on Oct. 31. After the meeting, the five countries are expected to announce the completion of the negotiation in a ministerial meeting in Geneva, Switzerland on Nov. 23.