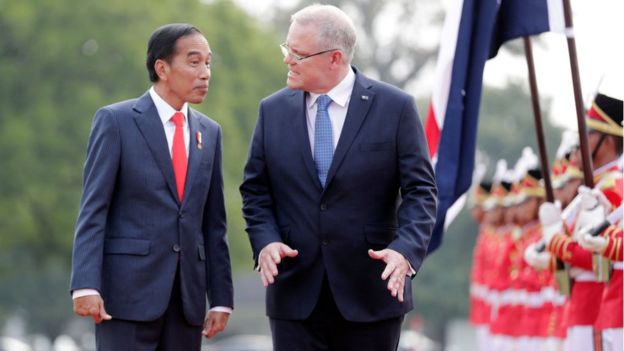 (Australian Associated Press) - Australia’s free-trade deal with Indonesia was meant to be signed before Christmas but a delay means the deal probably won’t be ratified until after the next election.

Any deal that gets signed has to spend at least five parliamentary weeks being scrutinised, but there are unlikely to be enough sitting weeks before next year’s election.

In a speech to be given to the Australia Indonesia Business Council in Surfers Paradise on Tuesday, Labor’s shadow assistant treasurer Andrew Leigh will say economic connections between the countries must deepen soon.

"Australia has too often neglected our relationship," he says.

"Between our two countries, we still have too little economic activity, and too few interpersonal connections.

"We need a relationship based on more than batik, Bali and Bintang."

The free-trade deal was meant to be a step in that direction, but it appears to be on hold as Indonesia is angry about Australia’s potential move of an embassy to Jerusalem.

Prime Minister Scott Morrison previously said he wanted the deal signed by Christmas, but on Monday said there was "no rush".

"The intention was the trade ministers would be able to deal with that by the end of the year, but there’s no hurry," Mr Morrison told Bloomberg.

Finance Minister Mathias Cormann on Tuesday rejected the suggestion that the deal had been "shelved".

"It was concluded by the prime minister with President Widodo on the 31st of August. There is a process now to go through, which was always going to be the case, in terms of finalising the text," he told ABC TV.

"As soon as possible, after the text has been finalised - consistent with processes both in Indonesia and Australia - we would expect it to be finalised in it’s ultimate form."

But Dr Leigh says the deal will be delayed significantly.

Dr Leigh spent years in Indonesia as a child and says links between the two countries had become weaker since the 1970s.

"When I was born in 1972, there were more Australian school students studying Bahasa Indonesia than there are today," he says.

If Labor wins the election it aims to improve Asian language skills and cultural knowledge among Australian businesses, so they can feel confident about operating overseas.

Mr Morrison is due to meet Indonesian President Joko Widodo at the East Asia Summit this week in Singapore, where the embassy issue will be discussed.