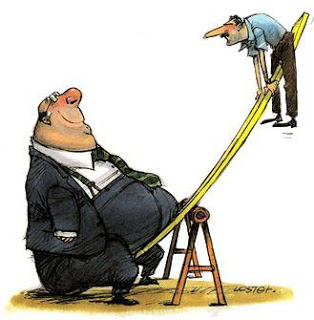 Inequality and injustices of EPAs under fire

The countries of Africa, the Caribbean and the Pacific (ACP) are not on equal footing with the European Union, and as such Sir Ronald Sanders is asserting that instead of calling for reciprocity, proportionality should be a principle embedded in the Economic Partnership Agreement (EPA).

Urging that the disparities between the African, Caribbean and Pacific (ACP) Group and the European Union are drastic when placed in the context of the EPA, addressing an audience at the EU-ECOWAS Economic Partnership Conference in Abuja, Nigeria on Tuesday, was Sir Ronald.

He said, “‘Reciprocity’, as a principle, has a ring of fairness about it; but that is as between equals.”

“Between factors of unequal strength and capacity, ‘reciprocity’ is more than unfair; it is unjust.

“If you put a heavyweight and a featherweight in a boxing ring have you staged an equal contest? Is the short-sightedness of this demand for reciprocity, not obvious?”

“You would have thought the Europeans would know better; and of course they do.”

Centuries ago, Aristotle in his ‘Ethics’ propounded the doctrine that: as between unequals, equity requires not reciprocity but proportionality.

“The African, Caribbean and Pacific Group have long fought for proportionality.”

In his speech, Sir Ronald précised, “In short, the EPAs could see African countries being swamped by European goods for despite the talk about “reciprocity”, it simply is not possible for African companies to compete within their own countries (let alone Europe) with much larger and well-resourced European companies.”

He pinpointed, “There is a dispute settlement mechanism in each of the EPAs that have been presented by the EU collective to the six regional groupings into which the African, Caribbean and Pacific States have been divided.”

“In the event of a dispute arising from the terms of the EPA, individual African, Caribbean and Pacific countries – mostly with very scarce resources – would have to contend against the combined capability of the 28-nation EU collectively…”

“Realistically, therefore, the dispute mechanism has not much value beyond the paper on which it is written.”

Stressing this point, he gave statistics illustrating, “the GDP of the EU last year was US$18.526 trillion. By comparison, on the African mainland, the smallest country is The Gambia whose GDP in 2013 was US$903 million – a miniscule fraction of the GDP of the EU.

“From these figures alone, it is obvious that, in the event of a dispute, the much larger resources of the EU collective would so dwarf the capacity of any African, Caribbean or Pacific country that it would surrender to the EU long before the fight could begin.”

With this mechanism in place, he charged, “Already, what is emerging is the inequality of the relationship between the EU collective and the individual nations of Africa, the Caribbean and the Pacific with which agreement is being sought on the basis of reciprocity.”

“If a burden of equal magnitude is placed on one who is weak and another who is strong, it requires no high intellect to work out that that you have enlarged their relative inequality.”

Therefore, he reiterated, “in the EPA, advantages to the EU of reciprocity have triumphed over the imperatives of development for the ACP countries.”

The fundamental challenge with “reciprocity” is that Africa and Europe are not equals in the economic domain.

“It is a case of giants and dwarves, or sharks and sardines.” (KG)