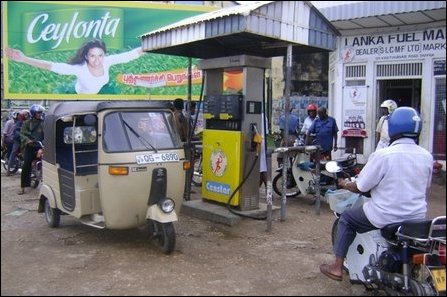 The Deutsche Bank-instituted arbitration with the government of Sri Lanka, with the first hearing scheduled for July 26, is considered to be a significant case for the Germany-Sri Lanka Bilateral Investment Treaty (BIT).

According to a document from the International Swaps and Derivatives Association (ISDA) in New York, the ISDA was advised by a neutral party on the Deutsche Bank arbitral proceeding which will consider whether a hedging agreement constitutes a protected ‘investment’ for the purposes of BIT. The ISDA informally discussed the matter with outside counsel who advised that this is a very significant case for the BIT industry and that an adverse decision saying that swaps and derivatives are not ‘investments’ would set a very bad precedent (even if not technically a binding one) about the availability of investment treaty protection for the financial services sector.

The document stated that a positive decision could have real deterrent effects on other governments considering similar measures, because they could face claims under their own treaties, all of which tend to have very similar provisions. Counsel advised that while arbitration panels are not bound by precedent, parties often rely on and cite past decisions in briefs and panels will cite past decisions in their written opinions.

According to the ISDA document, the claim in the case between Deutsche Bank and the government of Sri Lanka (Case No.ARB/09/02) arises out of an oil hedging transaction concluded between Deutsche Bank and the Ceylon Petroleum Corporation (CPC), a wholly state-owned oil company. Pursuant to an oil hedging programme encouraged by the Sri Lankan Central Bank (CB) to promote economic stability, the CPC began concluding oil hedging agreements in February 2007. Between February 2007 and September 2008, the CPC concluded hedging agreements with three international banks: Citibank, Standard Chartered and Deutsche Bank as well as two local banks (People’s Bank and Commercial Bank).

Deutsche Bank entered into a ‘target profit’ forward contract (under an ISDA MA) with the CPC on 8 July 2008 in respect of 100,000 barrels of oil with a duration of 12 months. Oil prices fell dramatically from late 2008 onwards (a drop of almost 50% between August and October 2008). As a result, the CPC found itself making substantial payments to the various banks with its total exposure reported to be several hundred million US dollars. The document states that these payments attracted a great deal of media attention in Sri Lanka during October and November 2008. In November 2008, the CB began an investigation into the hedging agreements. On 16 December 2008, the CB concluded that all of the agreements concluded by CPC with the above banks were ‘materially affected and substantially tainted’ and prohibited their enforcement.

Standard Chartered and Citibank commenced, respectively, proceedings before the English High Court and the London Court of International Arbitration against the CPC for breach of contract. By way of Request for Arbitration dated 16 February 2009, Deutsce Bank commenced arbitral proceedings against Sri Lanka for the actions of the CPC, CB and Supreme Court in relation to the failure to perform the hedging agreement. The forum for Deutsche’s action is the International Centre for Settlement of Investment Disputes (ICSID), an organization established by the 1965 Convention for Settlement of Investment Disputes between States and Nationals of other States (ICSID Convention).

Deutsche Bank’s claim is brought under the Germany-Sri Lanka BIT signed on 7 February 2000 by which Germany and Sri Lanka committed to offer certain protections to investors of the other state. These protections include the obligation to afford such investments fair and equitable treatment and full protection and security, not to expropriate investments without proper compensation, and to observe other obligations entered into by the state with investors.

The ISDA document states that a key legal issue is whether the hedging agreement constitutes a protected ‘investment’ for the purposes of the Germany-Sri Lanka BIT and also Article 25(1) of the ICSID Convention. If the tribunal answers this question in the negative, it will not have jurisdiction to determine whether Sri Lanka breached the substantive protections of the treaty. Such a result would mean that the prospects of enforcing the obligations in derivative contracts through investment treaties will be greatly diminished. It is unlikely that another party would try this route again. This is new territory since there has not yet been an ICSID case (nor any BIT case in the public domain) where the investment in question was a derivative instrument. However, it is well established that other financial instruments including loans and promissory notes may constitute protected ‘investments’.

Deutsche Bank emphasizes the broad definition of ‘investment’ in the Germany-Sri Lanka BIT which, like many BITs, includes ‘claims to money’. Sri Lanka argues that the ICSID Convention contains an autonomous and higher standard for ‘investment’ which is not satisfied in this case. Sri Lanka’s key argument as to why hedging agreements should not be considered an ‘investment’ include that the hedging agreement (1) is an ordinary commercial transaction; (2) is a purely contingent liability; (3) involves no ‘contribution’ to the counterparty or the Sri Lankan economy; (4) is of insufficient duration; and (5) lacks sufficient territorial connection with Sri Lanka.

Other legal issues in the case relate to whether the hedging agreement was duly authorized and, in particular, whether it fell within the scope of direction by the Cabinet of Ministers in January 2007.

Globally, over 2,500 BITs have been concluded to date, the ISDA report stated. Many contain broad definitions of investment and substantive protections similar to those in the Germany-Sri Lanka BIT. There are also currently 144 states who are party to te ICSID Convention.

Should the tribunal determine that the hedging agreement is a protected investment, banks would, in principle, be able to rely on applicable investment treaties to protect their derivatives contracts and to do so before an ICSID tribunal. This would afford a measure of protection against unjustified regulatory interference (including by Central Banks) and reduce exposure to political risk. Of course, this would ultimately depend on the particular facts (including the nature of the derivative instrument in question) and the wording of the relevant BIT.