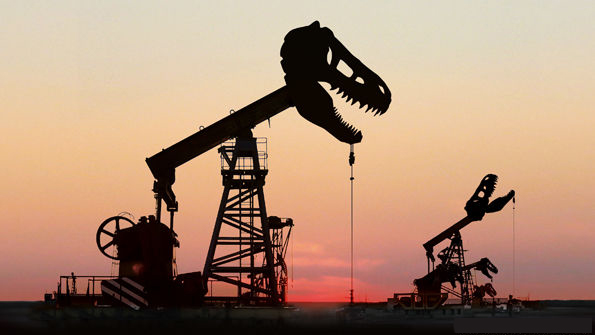 Nicolás Marcelo Perrone is an Assistant Professor at the Universidad Externado de Colombia. He holds a PhD from the London School of Economics and Political Science. His research interests include foreign investment, the international investment regime, and development.

The international investment regime, which consists of more than 3,000 treaties for the protection of foreign investment, has been fundamental in promoting this development model and in supervising states that tried to defy its orthodoxy. Like UNCTAD explained in the early World Investment Reports, an initial purpose of investment arbitration was to lock-in a foreign investment-led development project. International arbitrators were in charge of preventing governments from changing their minds, and disappointing foreign investor expectations. [2] Most of the criticisms against the international investment regime, however, are not based on these grounds. The main argument sustains that some investment arbitrators have gone too far, limiting regulation to curb negative externalities and market abuses —involving, for instance, plain-tobacco packaging. The increasing discussion about the right to regulate, in this way, has eclipsed a more profound debate about the role of the international investment regime in limiting alternative forms of development and policy experimentation.

The Oxy II awards: a tale on the commodification of sovereignty

This short essay aims to illustrate this more general debate by looking at the awards in the case Occidental Petroleum (Oxy) II v Ecuador, where the tribunal imposed one of the highest awards against a host state. In 2011, an investment tribunal found that Ecuador had acted disproportionately against Oxy condemning the state to pay 1.77 billion US dollars in compensation. [3] Ecuador requested the annulment of this decision under the International Centre for Settlement of Investment Disputes (ICSID) rules, and a few months ago a committee annulled part of the award reducing the compensation to a little more than 1 billion US dollars. [4] As most high-level investment disputes, this case is so rich in facts and details that the narrative of the award becomes one of the most important justifications for the final decision. In this particular dispute, the striking detail is that Oxy deliberately breached the investment agreement with the Ecuadorian government —the two tribunals acknowledge this point— but the oil company is still awarded 1 billion US dollars in compensation.

To state the facts briefly: Oxy had committed not to transfer any rights or interests over its investment in the oil sector without the previous approval of the Ecuadorian government. But that is exactly what Oxy did. It transferred economic interests over the project to a Canadian investor without the approval of the Ecuadorian government. According to the investment agreement between the foreign investor and the state, this kind of breach would result in the termination of the investment. However, here comes the trick in the investment award. For the tribunal and the annulment committee, Ecuador did not suffer any harm at all, or if there was any harm, it was a minor one. Consequently, the arbitrators found that the termination of the investment by Ecuador was a disproportionate measure demanding compensation. This compensation consists of the total harm suffered by Oxy minus a twenty-five per cent discount due to the contractual breach.

The award is perplexing because of the way in which the tribunal reached the conclusion that Ecuador suffered no or little harm. The decision is based on two important premises: the commodification of sovereignty, and the reduction of the national interest on natural resources to a minor concern. These premises confirm that the international investment regime has an impact on the idea of sovereignty and, in particular, on how we think about harm to national sovereignty.

The arbitral tribunal explains the relevance of the harm element in detail. First, the arbitrators reject the Ecuadorian argument that this is a sole contractual case that did not require the application of proportionality. The arbitrators note that there always needs to be a relationship of proportionality between any penalty imposed by a state and the harm created by a private actor. For the tribunal, a severe penalty —like the termination of the investment agreement— would have only been justified in the case of a serious harm and a flagrant breach. The arbitrators highlight that only in very exceptional circumstances states may impose a severe penalty only for deterrent purposes. [5]

The tribunal then continues with the question of the severity of the harm. The arbitrators point out that the transfer of economic interests over the oil project from Oxy to a Canadian corporation, in fact, was going to be beneficial for Ecuador because it meant more foreign investment. [6] The tribunal recognises that states have the duty to protect their natural resources, but conceives this duty as protecting the stream of public income generated by the oil sector. [7]

Ecuador replies to this argument by highlighting that the harm was imposed on its legal system, on the integrity of its legal order. The arbitrators are not completely unsympathetic to this point. They accept that Oxy ‘arrogated’ some public authority by doing something that was prohibited by the investment agreement. [8] But they note that this did not impose a severe harm on Ecuador and, therefore, the government was not entitled to applying a severe penalty like the termination of the agreement. The tribunal suggests that there were other less serious sanctions that Ecuador could have applied to Oxy. In this respect, the arbitrators highlight that any sanction had to be balanced against the economic interests of Oxy. In essence, the Ecuadorian acts were problematic for the tribunal because the termination implied a big loss for Oxy, while the transfer did not create any economic loss for Ecuador — on the contrary, according to the award, it was going to benefit the country economically. The tribunal, lastly, does not accept that the termination of the contract was necessary for deterrence purposes. Ecuador, as a result, acted disproportionately in violation of the investment treaty. [9]

As noted above, the criticism against investment arbitration has been increasing in recent years. There are two different strands in the literature. One criticises investment arbitrators for their conflict of interests or simply for promoting their and law firms’ economic interests. [10] The other strand of the literature is concerned with awards that limit the right to regulate, potentially creating situations of regulatory chill and moral hazard. [11] The Oxy II awards, in my view, give us the opportunity to think beyond these two categories, reflecting on the structural consequences of the international investment regime and investment arbitration. This regime cannot be seen in isolation from the dominant development model, which is based on foreign investment and multinational corporate initiative.

In this particular case, the reasoning of the Oxy II awards commodifies the idea of sovereignty over natural resources. A severe harm to sovereignty is therefore equal to a severe harm to corporate interests: i.e. a loss of economic benefits. It is interesting, in this respect, that while the tribunal refers to the idea of harm, sometimes it also uses the notion of loss. [12] This conception of sovereignty disregards years of debate and struggle at the United Nations, where the Global South demanded a conception of sovereignty —in particular related to natural resources— that allowed their governments to implement their own political, economic and legal institutions. [13] For this view, sovereignty is important to enable communities to decide their own preferences and values. In Ecuador, for instance, this relates to the indigenous notion of good life, buen vivir or Sumak Kawsay. The Oxy II awards subvert this notion of sovereignty: by whom and how a country’s natural resources are used becomes a minor question as long as wealth is maximised.

We should not forget, in this regard, that the imposition of strict requirements to transfer interests over strategic natural resources, like oil, is not only the policy of Ecuador. Many nations impose similar restrictions to foreign investors. It is worth pondering, then, what a tribunal would decide if Petroecuador invested in the United States, with a similar prohibition, but this corporation still decided to transfer an interest over the project without governmental approval to, let us say, a Chinese investor. It seems unlikely that a tribunal would not consider this a severe harm — even if the United States were going to receive a large economic benefit. The United States have rejected foreign investment for national security reasons, including Chinese investment, and such a transfer without a government approval could put national security at risk according to US law. [14]

Natural resources are strategic for all countries. In the case of Latin America, natural resources have triggered foreign military interventions, military coups, and a large number of investment disputes since the 19th century. All this suggests that who the foreign investor is becomes of ultimate importance for every state in Latin America. These countries have the same if not more national security reasons than the United States to screen foreign investment. In this context, the Oxy II awards are against fundamental principles of international law, like sovereignty and the right of each state to screen and reject foreign investment. The tribunals support the claim that Ecuador could have imposed a less severe sanction to Oxy. Ultimately, however, this means that foreign investors can disregard fundamental legal requirements —like entry requirements— because they know that they will only suffer a minor sanction at the most.

This leads to the broader question of whether or not states and local populations in the Global South can trust foreign investors with their resources. Foreign investment may be very useful to promote the kind of development that each population desires, but this needs foreign investors who are willing to adapt to local aspirations and make a profit within those boundaries. This requires, first, having a strict control over who those foreign investors are. Under the current international rules, this and other crucial themes have not been analysed in detail. The current discussions about the right to regulate fail to address the structural problems of a foreign investment-led development project, and overlook the contribution of the international investment regime to these problems. It is as if somebody or something is being harmed, but we do not take notice of it.

Anghie, Anthony, Imperialism, Sovereignty and the Making of International Law (2004).

[9] Ibid., ¶¶ 434, 449-50. The dissenting arbitrator Stern has a different opinion about the harm imposed on Ecuador by Oxy. She considers that Ecuador’s measure was disproportionate but also notes that Oxy’s conduct constituted a quite severe breach. For this reason, she suggested a fifty per cent discount on the compensation. Oxy II Award, Dissenting Opinion of Brigitte Stern, ¶¶ 4, 7. The Annulment Committee confirms the reasoning of the tribunal, Oxy II Annulment, ¶¶ 344, 346, 368.