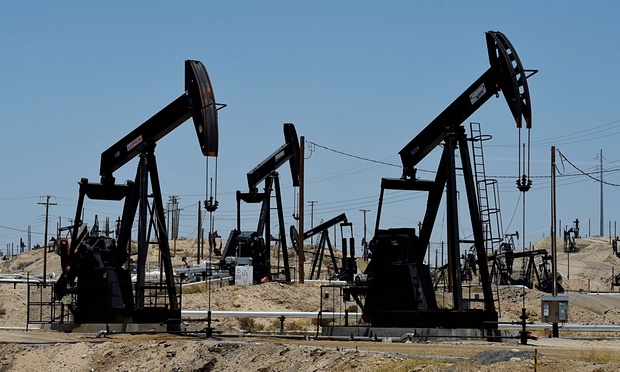 Interview: End of US crude oil export ban – consequences for TTIP and the climate

Late 2015, the United States unexpectedly liberalised its exports of crude oil, a move that infuriated climate activists, but pleased Europeans concerned about the continent’s energy security, and raised EU hopes an energy chapter in ongoing TTIP negotiations could become a reality. In an exclusive interview with Borderlex, Carnegie’s David Livingston shared his views on what the US move means for TTIP, EU energy security, and climate policy.

In December 2015, the US unexpectedly lifted a forty-year-old ban on exports of crude oil. The US recent shale revolution had undermined the energy security rationale for this ban.

The EU has been advocating an end of this ban as part of the Transatlantic Trade and Investment Partnership negotiations. The EU wants to be able to import US oil for energy security reasons and set global rules for energy markets. But environmentalists and climate change activists have deplored the move as a bad signal to send to the world and to markets the very moment climate policy is being stepped up in the aftermath of the COP21 Paris climate agreement.

We have asked David Livingston, Associate at the Carnegie Endowment for International Peace, what he believes are the consequences of Washington’s decisions to liberalise crude oil exports for TTIP, for EU energy security, and for the climate.

Q: How could the US’s decision to lifting its forty-year old crude oil ban influence the energy dimension of TTIP negotiations? Will it make easier for the EU to convince Washington to include an energy chapter in TTIP?

A: The US decision to lift crude oil export restrictions will have a direct impact on the energy dimension of TTIP negotiations, not least because access to US crude oil and liquefied natural gas (LNG) exports formed the core of the original EU position paper on raw materials and energy in TTIP.

Since that time, the EU refined its message to more elegantly make the case for an energy chapter in TTIP on the basis of reinforcing shared norms and rules for global energy trading, and on the basis of creating a chapter framework that could then be used as a starting point in further agreements with third countries such as Ukraine or Turkey. However, at a core strategic level, the EU remained extremely interested in access to US crude oil exports (largely restricted until recently) and LNG exports. LNG exports would receive de facto automatic approval upon ratification of a free trade agreement between the two powers, as South Korea, for example, now enjoys.

At first glance, the lifting of the restrictions removes a valuable card from the American negotiators’ hand, leaving them with less overall leverage to extract concessions from the EU, especially when it comes to hydrocarbons. However, the crude oil export ban was never going to be lifted through the TTIP process; even if this was a legal possibility, it lacked any political plausibility.

Accordingly, with that issue less prominent in the discussions over the energy dimensions of TTIP, I would hope that negotiators on both sides can focus more energy on some important emerging issues – such as procurement, third party access, the distinction between energy goods and services or the proper balance between data privacy and utilization of “big data” for energy efficiency purposes – that TTIP might be wellpositioned to take on.

Q: Is an energy chapter in TTIP necessary to increase EU energy security?

A: The very first shipment of US crude after the lifting of the ban left Corpus Christi, Texas on New Year’s Eve, with the Theo T carrying Eagle Ford crude oil and condensate to Italy. Observers might be tempted to believe that this is the symbolic finger being pulled from the dyke, with a flood of American crude en route to Europe awaiting in the months ahead. They will likely be waiting quite a while.

At today’s prices, dancing with $30 per barrel, as well as price spreads between US and international crudes, the global market is unlikely to see significant US crude export volumes. Accordingly, the impact on global prices will be small. Brent is near parity, or even trading at a discount, to Louisiana Light Sweet, a good benchmark for US Gulf Coast crude with access to the international market. Considering that it costs between two to four dollars to ship a barrel of crude from the US Gulf Coast to Europe, Brent would have to be at a greater premium than that seen today in order for significant volumes to move across the Atlantic.

With that being said, there’s a case to be made that the European energy security impact of lifting the crude oil restrictions is more significant than the aggregate market impacts. All things being equal, the move makes the global market marginally more liquid in terms of volumes, and more diverse in terms of crude types available. Crude trading decisions between the US and Europe will continue to be made by private companies, not government actors, but the very prospect of a more smoothly functioning global market should positively impact European supply security and long-term price stability.

Q: After COP21, is lifting the US oil export ban and introducing free trade in hydrocarbons in TTIP the right signal for the EU and the US to send to the world in terms of climate policy?

A: This is a great question, and more complex than it might seem.

There is the question of whether lifting crude oil export restrictions will induce new oil demand by lowering global crude oil prices – and thus induce new supply as well. On this matter, most credible analyses suggest that the global market impact is a modest-to-negligible downward drag on prices. In the reference case of a scenario analysis performed by the US Energy Information Administration, lifting the ban has practically no impact on prices, supply, or exports. In the “high resource” case, which hypothesizes higher-than-anticipated US oil reserves, lifting the ban leads to an average 220,000 barrels per day of additional production over the next decade.

If this 220,000 barrels per day is multiplied by the low range greenhouse gas (GHG) intensity multiplier (0.456 MtCO2e/bbl) for crudes oils included in Carnegie’s “Oil Climate Index” – then this calculation yields 36 million tons of CO2 equivalent per year of emissions attributable to the extra production.

It is possible that US crude export volumes – if they materialise – displace other global crude oils in the market. In this case, the focus is not on the gross additional emissions but on the net effect. So, for example, if a light, sweet US crude with a low GHG intensity replaced higher GHG crudes, such as a Nigerian crude with high-flaring associated with its production, or a heavy Venezuelan crude produced from the country’s oil sand. Then a more climate-friendly net effect would be registered. Similarly, if US shale oil production ends up having a high GHG intensity (for example due to higher-than-anticipated methane venting) and replaces a low GHG intensity North Sea oil, then the net effect would be yet worse for the climate.

It’s important to note that the Obama Administration is in the process of finalising reforms to the National Environmental Policy Act (NEPA) that would trigger an environmental review for permit-granting agencies that take new actions that increase emissions by more than 25,000 MtCO2e or more per annum. As illustrated by my calculations above, even a small amount of induced exports – if not offset by displacement of higher GHG crudes – could conceivably trigger such a NEPA review.

I don’t anticipate that this will happen soon but it is a consideration to underscore the complexities of reconciling US oil policy and trade policy with increasingly salient global climate commitments in the years ahead.