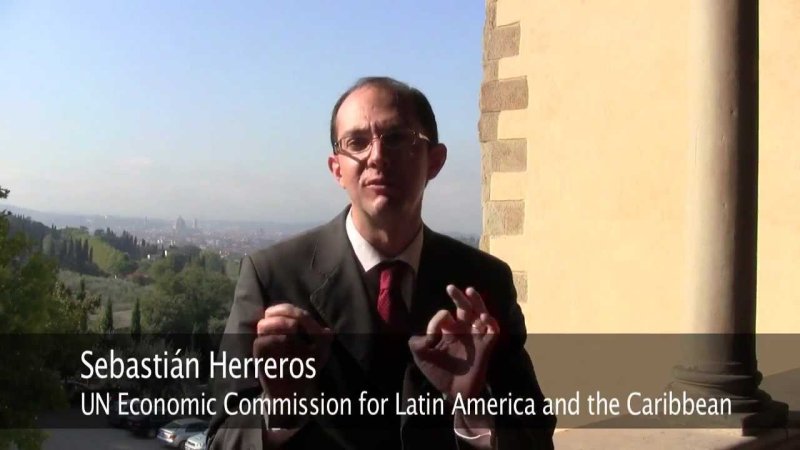 Regional integration would imply, for example, that Mercosur members, namely Argentina, Brazil, Paraguay, Uruguay and Venezuela, would extend the same trade privileges they offer each other to other countries.

SANTIAGO, Aug. 17 (Xinhua) — Emerging giant trade blocs around the world make it "more urgent" than ever for Latin American countries to achieve regional integration and compete, a United Nations officer has told Xinhua in a recent interview.

"Trade is no longer driving the world economy in the way that it did before the (2008 financial) crisis and ... it seems to be a sort of ’new normal,’" said Sebastian Herreros, an official at the International Trade and Integration Division at the United Nations Economic Commission for Latin America and the Caribbean (ECLAC) based in Santiago, Chile.

To counter weak growth, countries around the globe are forming so-called "mega-blocs" to strengthen their trade positions, but not in Latin America, said Herreros.

The Trans-Pacific Partnership (TPP), a strategic trade pact between 12 Pacific Rim countries, is a case in point, he said.

While only three Latin American countries - Chile, Mexico and Peru - are signatories to the TPP, the agreement is poised to impact the entire Latin American region, he noted.

"The problem is that these mega-accords are going to have an effect on our Latin American countries, even though we are not sitting at the negotiating table," said Herreros.

Other deals pose the same problem, he said, including one being negotiated between the United States and the European Union (EU).

"They are forming great mega-blocs that differ from traditional trade agreements and represent very large chunks of the global population, trade and GDP (gross domestic product), as well as the global flows of foreign investment," said Herreros.

This situation renders "making progress in regional integration all the more urgent," said Herreros, adding that "the regional market is very fragmented."

Latin American countries are grouped into numerous sub-regional blocs, including the four-member Pacific Alliance, the Southern Common Market (Mercosur), the Union of South American Nations (Unasur), the Andean Community, the Venezuelan-led Bolivarian Alliance for the Peoples of Our America (ALBA) and the Caribbean Community (CARICOM), among others.

"It would be more viable if there was a single expanded market with shared trade and investment rules," said Herreros.

Regional integration would imply, for example, that Mercosur members, namely Argentina, Brazil, Paraguay, Uruguay and Venezuela, would extend the same trade privileges they offer each other to other countries.

"One interesting idea is the convergence of the Pacific Alliance and Mercosur, which has been promoted by the Chilean government since 2014 and eagerly backed by ECLAC, because it (the alliance) is considered useful and necessary," said Herreros.

Should such an alliance succeed, it would serve as a "catalyst" for the rest of Latin America, because Mercosur and Pacific Alliance members "are large economies that could pull along the other nations of Central America and the Caribbean," he said.