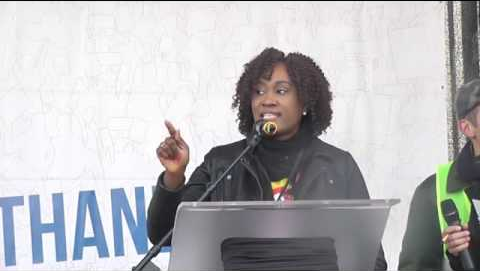 Q: Cameroon is the first CEMAC [1] country that signed the interim Economic Partnership Agreement (EPA) with the European Union (EU). In your view, what motives were behind this decision?

A: Cameroon is the biggest economic power in the CEMAC region. Cameroon sells its services to most of the other CEMAC states, such as manufacturing, industrial and even financial services. Cameroon is also the breadbasket of most of these countries. Unfortunately the system put in place by the EU made it such that it came out to be a “divide and conquer” process within the EPAs. They went in for the bigger powers first and picked Cameroon to ratify the EPA first. In fact, the initial objective of the EU was a complete regional agreement before the 31st of December 2007. That didn’t happen but they succeeded to persuade Cameroon to sign in 2009 and then to ratify it in July 2014. So Cameroon literally betrayed the others. But even the title of the agreement that was signed is very problematic in the sense that the agreement is titled Economic Partnership Agreement between the EU and Central Africa. And it’s only a few months ago that experts were saying that the EU pushed them to sign it under that form, saying that they were negotiating with the other countries to join immediately. Right now it’s actually an agreement between the EU and Cameroon and not with Central Africa. But what has been signed is a partnership agreement between the EU and Central Africa.

Q: There are many reports that clearly show that EPAs are not good for African countries. So why do African leaders keep implementing policies that are not good for the general population in Africa?

A: We may want to blame our leaders but we have to blame the external powers as well. So I won’t sit and be a victim of stories like: “let’s blame our leaders”. Yes they are to be blamed. But it’s because of the policies put in place by the external forces that we find ourselves and our leaders being pushed to the walls. Literally all over the African regions, and especially in our case in Cameroon, the pressure was too high. We ratified because of the European Development Fund (EDF). There was a trap: it’s either you ratify or you have no access to the EDF. And our leaders fell into that trap and that’s why we ratified. Because of the pressure put on us. The blame is on both sides. I always say: these are man-made policies that can be reviewed or reversed.

Q: In that sense, do you think there’s a major difference between the EPA process and colonial times?

A: The EU is just continuously carrying out its colonialism in other ways. Immediately after Cameroon’s government ratified the EPA, huge multinationals started to install themselves there. I mean literally immediately after the ratification. They were just at the door waiting for that space to be open. They even colonise our stomachs in a way. They want to feed us what they’re eating right now. For us, it’s been a continuous process.

Q: What would be the impact on food, agriculture and local farmers?

A: That’s our main fight actually. We got involved in EPAs because of agriculture. The biggest economic powers around the world became rich through agriculture. 70% of the African population live on agriculture. So why don’t you leave African countries to build their market, produce for themselves and sell their own food in order to be big as the European powers have been. Our agriculture is such that at this point, opening 80% of our market is disastrous. Even before the ratification of the EPA, we experienced the dumping of so much food that we are capable of producing. But unfortunately today, most of our food producing industries have collapsed because of massive and uncontrolled importations of food coming from overseas. This is destructive for the farmers. And of course, it’s because of the massive subsidies of the European farmers. We’re not against subsidies to European farmers but these subsidies shouldn’t be surpluses that are being dumped into our countries, killing our local farmers and local production, and forcing our consumers to eat this food because it’s two or three times cheaper than our local production. In sum, it’s a huge blow to our agricultural system.