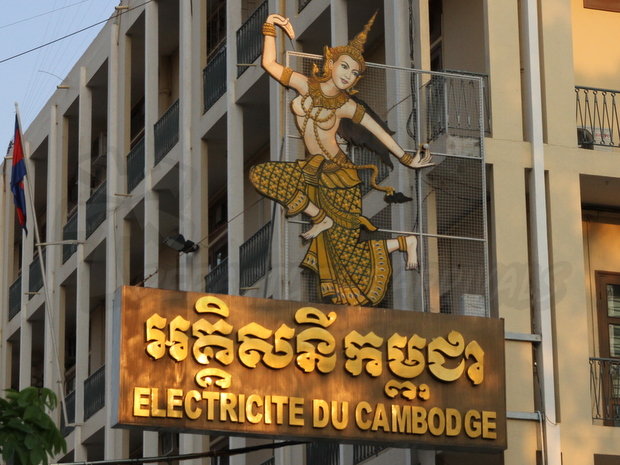 Investor-state resolution: A snapshot of Cambodia

The year 1993 saw a significant political transition in Cambodia through the adoption of democratic principles and free market economy. Since then, many legal reforms have been made in order to attract foreign direct investment, and one of which is providing a legal framework for protecting the investment. To date, the Kingdom has signed a total of 24 bilateral investment treaties (“BITs”) amongst which half have entered into force (see, here). These enforceable BITs are exclusively concluded with countries in East and Southeast Asia, the European Union, Switzerland and Russia.

The investor-State dispute resolution clause under the BITs that are currently in force generally covers a broad range of disputes that can be submitted to international arbitration. The Cambodia-China BIT is the exception that provides limited recourse to investment arbitration.

All of the BITs stipulate a two-tier dispute settlement. The first tier is an obligation to settle the dispute amicably through negotiations or consultations. Most of the BITs require a 6-month waiting period with the exception of the BITs concluded with Thailand, the Netherlands and Japan in which the cooling-off period is reduced to 3 months. The majority of the BITs employ the term “shall” for amicable settlement while others (i.e. BITs concluded with France, the Netherlands, Switzerland and Thailand) use a softer tone. It is important to note that investment arbitration case law does not have a consensus as to whether amicable settlement has to be satisfied before a dispute can be brought to an international arbitration. Nevertheless, it has been upheld that this obligation is exempted if it is futile to engage in such negotiations or consultations (see e.g., Ambiente v. Argentina, ICSID Case No. ARB/08/9, Decision on Jurisdiction and Admissibility, 8 February 2013; Ethyl Corporation v. Canada, UNCITRAL, Award on Jurisdiction, 24 June 1998).

Upon the satisfaction of the first-tier obligation, an investor may submit the dispute for adjudication. Two approaches are used in these BITs. Half of the BITs prefer a folk-in-the-road-provision approach in which an investor has to choose either the court of the Host State or an international arbitration for submitting the dispute. The other half provide exclusive recourse to investment arbitration. The majority of the BITs offer options, at the investor’s choice, between arbitration under ICSID Arbitration Rules and ad hoc UNCITRAL Arbitration Rules. The Cambodia-Croatia and the Cambodia-Netherlands BITs further include the ICC in these options. None of the BITs require the exhaustion of local remedies as a precondition for arbitration.

There is no limit as to the category of disputes that can be submitted for judicial or arbitral adjudication as long as these disputes have arisen out of a protected investment under a BIT. On the contrary, the Cambodia-China BIT provides a limited scope for recourse to international arbitration. The BIT favours the adjudication of investment disputes by the court of the Host State. Under Article 9(3) of the BIT, an investor may resort to an ad hoc arbitration for only “a dispute involving the amount of compensation for expropriation” and if it has not been litigated before a competent national court. The use of such language can be problematic in term of interpretation. The exact language is found in Article 8(3) of the China-Laos BIT, and the Tribunal in Sanum v. Laos (UNCITRAL, PCA Case No. 2013-13, Award on Jurisdiction, 13 December 2013) interpreted this clause to encompass all claims relating to expropriation. Such broad interpretation was rejected by the decision of the High Court of Singapore in 2015. The Court took a restrictive approach by limiting the Tribunal’s jurisdiction to only claims for “compensation for expropriation”. It should be noted that the Court’s decision was later struck down by the Court of Appeal of Singapore the following year. Another important aspect of the Cambodia-China BIT is that Article 9(8) further imposes each of the parties to bear its own costs with respect to the legal fees of its counsel and the appointed arbitrator, and all other costs to be shared equally. This provision is an attempt to discourage an investor from submitting a frivolous claim to arbitration.

No BIT provides a statute of limitation for bringing a claim before a competent court or arbitration. The Cambodia-Japan BIT is the only exception in which a claim cannot be submitted after three years from the date an investor has suffered the loss or damages from the breach of any rights under the BIT.

There has been no investment claim so far against Cambodia that is brought under the existing BITs. However, Cambodia Power Company (CPC) v. Kingdom of Cambodia and Électricité du Cambodge (EDC) (ICSID Case No. ARB/09/18, Decision on Jurisdiction, 22 March 2011) is the first and only investment case against the Kingdom that was brought pursuant exclusively to a contractual dispute settlement clause. The ICSID Secretary General registered this case in September 2009, and the jurisdictional ruling was made in March 2011.

The case concerns a dispute over the construction and operation of a power plant in Cambodia brought by CPC, a Cambodian-registered company wholly owned by a Delaware corporation, against Cambodia and EDC for the alleged breach of contractual obligations. Since there was no Cambodia-US BIT, the case was brought to the ICSID arbitration on the basis of:

Nevertheless, the claims against Cambodia were within the jurisdiction of the Tribunal. In the absence of a BIT, the claims were allowed to be made under customary international law that provided minimum protection to an investment despite the parties’ agreement on English law as the governing law. The Tribunal did not find any indication from the agreements excluding the application of customary international law.

The award was rendered in April 2013. Though the decision has not been published, it has been reported that the Tribunal ruled in favour of the State. This case provides an important consideration for the approach used by Cambodia for arbitrating an investor-State dispute that operates outside a BIT regime. It also serves as a model for designing a dispute settlement clause in an investment contract with Cambodia that is not covered by a BIT.

In 2016, China and Japan represented a total of 50% of all investment in Cambodia (see, here). Since BITs concluded with these countries have entered into force, the investors are guaranteed recourse to investor-State arbitration. Other countries such as the United States, Vietnam, and India are also amongst the top investing countries in Cambodia. Yet, no BIT concluded with these countries has been ratified. The possibility for investors from these countries to settle a dispute with Cambodia through arbitration depends on whether an investment contract provides a possibility for investor-State arbitration as in the case that has been discussed earlier. In the absence of such provision, an investment dispute may be settled under the exclusive jurisdiction of the Cambodian court.

It can be concluded that Cambodia’s BITs that are currently in force generally provide a favourable condition for an investor to initiate investment arbitration for disputes arising out of a protected investment. With the exception of the Cambodia-China BIT, there is no complicated procedure, such as the exhaustion of local remedies, for submitting a dispute to an arbitral tribunal, or any limitation on the type of disputes that can be arbitrated. To date, twenty additional BITs have been either signed or are being negotiated with countries from Asia to North America, (see, here). It is interesting to see if Cambodia will use a different approach for investor-State dispute settlement in its future BITs.