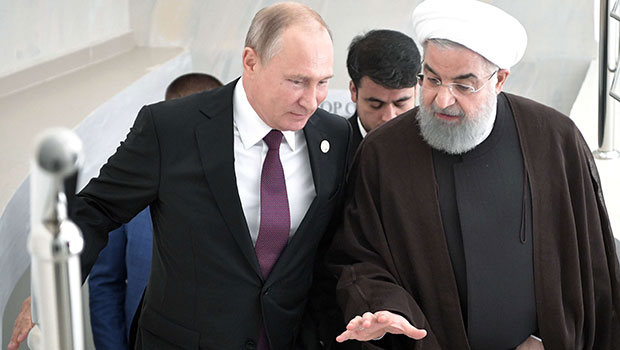 On September 30, Iranian President Hassan Rouhani arrived in Yerevan, Armenia to attend the Eurasian Economic Union (EAEU) Summit. A free trade agreement (FTA) between Iran and the EAEU will come into force on October 27, creating conditions for preferential trade between Iran and the current EEAU members: Armenia, Belarus, Kazakhstan, Kyrgyzstan and Russia. The FTA will give Iran access to a single market comprised of 183 million people and with an aggregate GDP of USD 4 trillion.

Iranian policymakers have welcomed the FTA with cautious optimism. With parliamentary elections fast approaching, the Rouhani administration and parliamentarians alike are eager to implement policies that may help bolster Iran’s economy as sanctions cause a sharp recession. Reza Rahmani, Iran’s industry minister has stated that the FTA could help counteract Iran’s isolation in the face of U.S. sanctions. Mohammadreza Jahanbiglari, an economist and member Iran’s Chamber of Commerce, has predicted that if properly implemented, the FTA could see Iran’s trade turnover with EAEU member states quadruple to reach USD 10 billion within one year—a view echoed by Mehdi Mirashrafi, the head of Iran’s customs administration. The Iran Chamber of Commerce has been invited to establish a specific body to support exchanges with EAEU counterparts.

However, the highly regarded Islamic Parliament Research Center, the research arm of the country’s legislative assembly, has issued a more conservative assessment, outlining in a June 2019 report that the “low level of Iran’s commercial complimentary” with EAEU member states will result in a “minor impact from the FTA on the country’s economy.”

The Parliament Research Center nonetheless concluded that the FTA could help Iran develop its non-oil exports, a central aim of the doctrine behind the “Economy of Resistance” called for by the Supreme Leader, Ali Khamenei. Under the FTA, a list of 502 goods will enjoy preferential tariffs when exported to the EAEU.

Utilization of the so-called “soft infrastructure” represented by the FTA may also spur the development of Iran’s geo-economic position in the Middle East through the creation of new “hard infrastructure.” Russian leadership of the EAEU is complimentary with its “Pivot to the East” strategy. In this context, Iran can provide the shortest, safest, and cheapest route for Russian goods to the Indian Ocean as envisioned in the International North–South Transport Corridor (INSTC). During the Yerevan summit, Iranian foreign minister, Mohammad Javad Zarif highlighted the pivotal role Iran can play in these plans, tweeting, “With parallel work on North-South & South-West Transit Corridors, ground paved for expansion in regional trade & cementing of our role as vital transit hub.”

Despite practical concerns about the facilitation of trade in the face of US secondary sanctions, Iran will also likely find a sympathetic group of countries among the EAEU, which has an anti-sanctions outlook. The EAEU Treaty was signed on May 29, 2014, after the first round of sanctions were imposed against Russia. Like Iran, Russia has seen the expansion of trade among the countries of the former Soviet Union as a possible bulwark against sanctions.

Before leaving Iran for the Yerevan summit, President Rouhani highlighted the potential for the FTA with the EAEU to help Iran mitigate the effects of U.S. sanctions. One of the key issues barriers for Iran’s cross-border trade is the absence of reliable banking channels. Iran and Russia have been exploring the use of local currencies in bilateral trade as well as the use of a new Russian bank messaging system called SPFS, which is intended as an alternative to SWIFT. Abdolnasser Hemmati, the governor of Iran’s central bank, has stated that Russia has agreed to Iran’s proposal to expand SPFS to the countries of the EEAU.

Beyond banking, Iranian business leaders are concerned about the harmonization of the trading regimes. For example, while EEAU countries use the more detailed 10-digit “Harmonized System” (HS), Iran uses the 8-digit version. Proper harmonization will require input from a wide range of Iranian regulatory bodies, including the customs administration, the National Standard Organization, the Veterinary Organization, and the Food and Drugs Administration. Aside from the administrative challenges on the Iranian side, there are also concerns around the internal dynamics of the EAEU, in which economic ambitious have not been matched with the kind of political frameworks that have made the European Union customs union so successful. The FTA between Iran and the EAEU is an interim agreement that will remain in force for three years—a short period to overcome a wide range of bureaucratic hurdles.

While Iran might not find drastic gains by joining the EAEU, it certainly has nothing to lose. Over time, if enabled by the creation of more robust banking channels and investment in new transport infrastructure, Iran’s non-oil trade with the EAEU could prove a real boon for the economy.