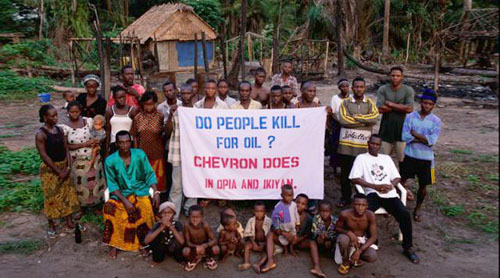 While the debate on the BHR treaty is likely to continue for a while longer, some recent developments in international investment law (IIL) seem to be moving the ball forward, albeit slowly, on IHRL obligations for businesses. IIL has been viewed by some of its critics as a force undermining IHRL and this is rightly so in some circumstances. But IIL can also act as a conduit to improve IHRL protection. I will discuss here some of the progress made in this area by the ICSID award in Urbaser v Argentina and some “next generation” investment agreements, most notably, the Morocco-Nigeria BIT and the Indian Model BIT.

It is well-established that states have a duty to protect against human rights abuses committed within their territory by businesses. To fulfil this duty, they are required to appropriately regulate business activities and provide effective remedies to victims of business related human rights abuses. In an ideal world, this could have sufficed to prevent and remedy negative impacts of business on human rights. But in our not so ideal world, the territorial nature of the state’s duty to protect and the lack of clear international law on the question of direct human rights obligations for business cause challenges in holding certain businesses accountable for their adverse impacts on human rights.

Many, but certainly not all, business related human rights abuses are committed by businesses operating on a cross-border basis, many of them benefitting from IIL protections. Many of the most egregious abuses are committed in overseas operations of investors that have their headquarters in the global north. When victims face difficulties in accessing remedies in the host state, the alternative route for accountability is the home state. But, the territoriality rule places limitations on holding these investors liable in their home state for abuses committed overseas. While this could be overcome by exercising jurisdiction over such investors under the ‘nationality’ principle, since international business often operates through subsidiaries, the separate legal personalities of these entities act as an obstacle to taking the ‘nationality’ route. Unless states voluntarily regulate extraterritorially (e.g. the UK Bribery Act 2010 or the French Duty of Vigilance Legislation), the accountability gap created by the territoriality principle remains.

If home states choose not to regulate extraterritorially in this area in their domestic law, could introducing direct IHRL obligations for businesses alone be a solution? Recognizing human rights obligations of businesses in international law, if accompanied by the right to seek remedies in home states could be effective in closing the accountability gap in this field. It appears that IIL might have a role to play in moving in that direction.

Two developments in IIL seem to be moving the ball forward on IHRL obligations for businesses. The first one is the recognition by an investment arbitration tribunal in Urbaser v Argentina that businesses have negative obligations under IHRL. Implications of this award for host state human rights counterclaims were discussed by Edward Guntrip in his EJIL:Talk! post in some detail. In Urbaser, the claimants sought payment of damages arguing that the treatment their investment in a concession for water and sewage services by Argentina violated their rights under the Spain-Argentine BIT. Argentina argued in a counterclaim that the investors failed “to provide the necessary investment into the Concession, thus violating its commitments and its obligations under international law based on the human right to water.” [para 36] The tribunal recognised that corporations can be subjects of international law and that while there was no general obligation for companies to act in accordance with IHRL, international law obligations could attach to their specific activities where these relate to a human right [para 1195].

While the tribunal did not find positive IHRL obligations on businesses in the absence of explicit treaty provisions imposing such obligations, it did recognise that businesses can be subjects of international law and at a minimum they do have negative obligations under IHRL. Though some might find the conclusions of the tribunal disappointing, the recognition of IHRL obligations for businesses, albeit limited to negative obligations, by an investment tribunal is a positive step towards the recognition of relevance of IHRL to investment protection. This can particularly have meaningful impact on assessment of investment treaty claims when states raise human rights as a defence (not a counter-claim) in situations where the investor’s activities cause human rights harm.

The question remains as to how a company’s negative obligations can be enforced by individual claimants harmed by the investment. Mere recognition of existence of a duty to ‘do no harm’ may not suffice to make the rights enforceable against investors, especially where victims are unable to enforce these rights in the host state. Some of the new investment treaties developed in the global south could provide a solution to that challenge, taking me to the second development in this field.

The Nigeria-Morocco BIT, signed in late 2016, was described by Tarcisio Gazzini in an EJIL:Talk! post as a “new generation” investment treaty. The most surprising feature of the treaty, in my opinion, is that it explicitly places human rights obligations on investors. In Article 18 (2), the treaty stipulates that “Investors and investments shall uphold human rights in the host state”, and in 18(3) it requires investors to “act in accordance with core labour standards as required by the ILO Declaration on Fundamental Principles and Rights of Work, 1998.” While the question remains as to what exactly those obligations and their content would be (will they have an obligation to fulfil, or only respect? Will they be bound by all human rights norms or some? How will the content of a right in question be determined?), the recognition of human rights obligations for businesses in an international treaty is a promising step forward towards acceptance of internationally binding human rights obligations for business.

Once again, however, the question remains as to how affected individuals may obtain redress from investors when the latter causes human rights harm to the former in the course of their investment. Recognition of human rights law as part of the legal framework applicable to an investment alone may allow host states to raise defences grounded in human rights law more successfully against investor claims, but it will not allow victims who are unable to obtain remedies in the host state legal system to seek remedies in the home state of the investors. The Nigeria-Morocco BIT (Article 20) and the new Indian Model BIT (Article 13) might be offering a solution to overcoming the obstacles to home state litigation to redress such human rights harms. Both instruments require (following closely the Model BIT drafted by the IISD) state parties to allow investors to be subject to civil liability claims in their home state for damage caused to third parties in the host state in the conduct of the investment. While these provisions do not explicitly refer to damage caused in breach of human rights, this is not an impediment, as most of the business and human rights litigation is usually brought under civil liability regimes (e.g. tort) and not necessarily formulated as a human rights claim. These provisions might just improve chances of victims to have access to an effective remedy for human rights abuses caused by investor activity.

It is promising to see investment treaty practice moving towards a more balanced approach to investor and state obligations. It is also promising to see third party interests being taken into consideration more seriously in the investment protection regime, not only by way of a reference to investors acting in a ‘socially responsible manner’, but actually recognising that investors should uphold human rights and that they can be held responsible in their home states if they cause damage in breach of human rights standards.

Having these obligations elevated to the treaty level in BIT practice has its advantages and disadvantages. The bilateral nature of the commitments means the application of the standards is limited to the investors from the BIT signatories. Unless it is taken up in the BIT practice more broadly (at least by the EU, binding 27 potential home states to large investors), these provisions might not have meaningful benefits for victims. However, there is still an advantage to introducing these obligations in bilateral relations, as it is easier to reach a consensus on a bilateral setting than on a multilateral setting, as the BHR treaty is trying to achieve.

Dr. Anil Yilmaz-Vastardis is a lecturer at the University of Essex School of Law and the Human Rights Centre. She is a member of the Essex Business and Human Rights Project. She researches on international investment law and on business and human rights. She is currently the co-director of a project on accountability for human rights violations in global supply chains