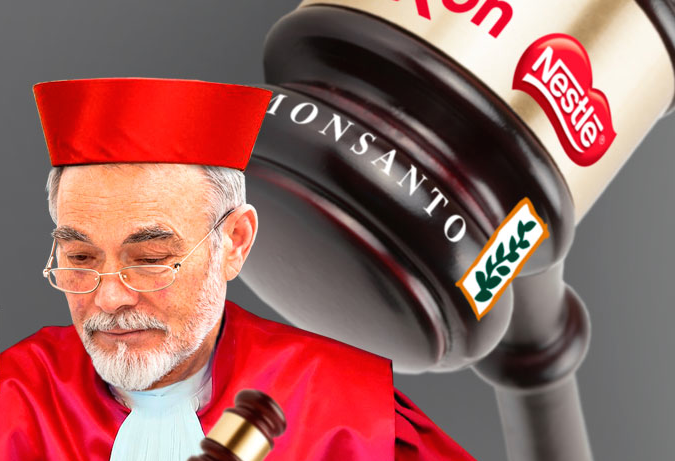 ISDS in the revised CETA: positive steps, but is it a “gold standard”?

Canada and the European Union released a revised Comprehensive Economic and Trade Agreement (CETA) in February 2016. [1] The revisions focus on the controversial and deeply flawed process of investor-state dispute settlement (ISDS). European and Canadian officials now describe CETA as the “gold standard.” [2]

What would be a gold standard approach to the final adjudication of disputes that affect foreign investors, countries and their people? I suggest four internal criteria, each addressing a distinct flaw in conventional ISDS. Two criteria are related to process: ISDS should be independent and fair, in the manner of domestic and international courts. Two are more substantive: ISDS should be balanced in its allocation rights and responsibilities and respectful of the role of domestic institutions.

In the revised CETA, partial but significant steps have been taken to address the lack of judicial independence in ISDS. [3] ISDS adjudicators will be part of a roster and have a greater degree of security of tenure. There will be more public accountability in their initial appointment and they will be assigned to cases in an objective way. Adjudicators will not be able to work concurrently as counsel in other cases — although, remarkably, CETA would permit ISDS adjudicators to work on the side as ISDS arbitrators. [4] This last aspect of the revised text, along with CETA’s language on the expertise of ISDS adjudicators, [5] suggests a way has been cleared for the same clubby crowd of investor-friendly arbitrators to dominate ISDS under CETA.

More fundamentally, CETA continues to rely on the for-profit non-judicial model of ISDS adjudication. This model is unsuited to the resolution of foreign investor challenges to the laws, regulations and policies of countries and claims for potentially vast amounts of public compensation. Where one side only (the foreign investors) can bring the claims allowing for lucrative remuneration of the adjudicators, as under CETA, the process is open to reasonable perceptions of bias, which taint all ISDS decision-making outcomes.

Any proposal to give special privileges and access to public money to a group of economic actors — here, the largest and wealthiest in the world — calls for a compelling justification based on clear evidence of a public benefit.

Besides the unfairness of a process controlled by adjudicators who are financially dependent on claimants, ISDS is also fundamentally unfair because it does not allow standing for all parties whose rights or interests are affected by the adjudication. In ISDS, only the claimant investor and respondent (usually national) government of the country are allowed standing; CETA does not alter this exclusive arrangement. A clause that went some way to addressing this flaw in the European Union’s ISDS proposals of November 2015 [6] was evidently dropped from CETA.

Thus, the revised CETA has improved but not repaired the lack of independence in ISDS and has omitted a partial fix to the lack of procedural fairness. CETA does not satisfy basic conditions for judicial proceedings and so does not represent a gold standard.

Balance in the Allocation of Rights and Responsibilities

Moving beyond the process of ISDS in CETA, the situation gets worse. ISDS has long discriminated in favour of foreign investors and against anyone else who is affected by an ISDS dispute involving a foreign investor and a country. To make it more balanced, if only formally, [7] states would need to allow for the use of ISDS to hold foreign investors to account if they flout labour, environmental, consumer or other standards in situations where domestic institutions do not offer an effective remedy.

In CETA, Canada and the European Union have taken no steps toward this notion of balance. Foreign investors will be afforded special access to an extraordinarily powerful process of international adjudication — and potentially to billions of dollars in public money — to enforce their rights, without corresponding responsibilities that can be enforced in the same process.

On another, more limited point of balance, CETA incorporates a broadly worded clause on the state’s right to regulate. [8] This provision gives ISDS adjudicators — if so inclined — an interpretive source to weigh foreign investor rights against the good faith choices of legislatures, governments and courts. It is clearly an improvement over the complete omission of a clear affirmation of the right to regulate in ISDS, yet CETA still does not deliver a balanced agreement in the allocation of rights and responsibilities, due to its inaction on foreign investor responsibilities.

Like ISDS in general, CETA is disrespectful of domestic institutions, especially the courts. Indeed, it is premised on the absurd assumption that Canadian and European courts are so systemically flawed that foreign investors should have a special right to bring ISDS claims against countries without having to show it would be unreasonable for them to seek relief in the courts. This assumption is implicit in CETA’s omission of the standard duty of a private party to go to a country’s courts first, where they offer justice, before seeking an international remedy. [9]

As a result, domestic investors and citizens are disadvantaged. They must deal with the risks of democracy and regulation in the usual ways: by taking part in the democratic process, by lobbying quietly or protesting publicly, by buying insurance, by bargaining for strong dispute settlement clauses in their contracts with governments, or by going to court. Foreign investors can still do all these things, with the added weapon of a super-charged power to sue countries in ISDS.

Any proposal to give special privileges and access to public money to a group of economic actors — here, the largest and wealthiest in the world — calls for a compelling justification based on clear evidence of a public benefit. The absence of this justification and evidence has been a glaring omission in the massive expansion of ISDS currently being pursued in CETA and a few other agreements. [10]

CETA’s revisions of ISDS are significant and positive, but they fall short of creating a balanced and respectful means to resolve, fairly and independently, disputes about what countries can lawfully do on behalf of their people. Instead, CETA will expand ISDS, thus undermining the role of democracy and government for countries whose domestic courts are more independent and fair, more balanced and more respectful of other institutions than is ISDS itself.

Gus Van Harten is a professor and investment law specialist at Osgoode Hall Law School. He is the author of Sold Down the Yangtze: Canada’s Lopsided Investment Deal with China and Investment Treaty Arbitration and Public Law.

[6] Transatlantic Trade and Investment Partnership, Trade in Services, Investment and E-Commerce, European Union Proposal, Chapter II — Investment, released 12 November 2015, online: <http://trade.ec.europa.eu/doclib/do...> (“The Tribunal shall permit any natural or legal person which can establish a direct and present interest in the result of the dispute (the intervener) to intervene as a third party…” art 23).

[7] I see this version of “balance” as a formal or thin version of the concept because, with the exception of the clarity of any affirmation of the state’s right to regulate, it does not avert to the content or extent of the respective substantive rights and responsibilities.

[9] The duty to resort to domestic courts before seeking an international remedy is important and longstanding elsewhere in international law because, among other things, it creates an intermediary between domestic institutions and international review; it allows an international tribunal to see how domestic courts characterized and resolved a dispute in the context of domestic law; it respects domestic institutions by giving them the primary opportunity to resolve a dispute; it checks undesirable legal maneuvers; it supports the principles of sanctity of contract and free markets by requiring foreign investors to resort to contractually agreed remedies; and it creates an incentive for foreign investors to consider carefully the reliability of a country’s institutions when deciding whether to enter the country.

[10] The most important of these other agreements are the pending US-led Trans-Pacific Partnership (TPP), the proposed European Union-US Transatlantic Trade and Investment Partnership (TTIP), and, for Canada, the Foreign Investment Promotion and Protection Agreement (FIPA) with China, which entered into force in 2014.