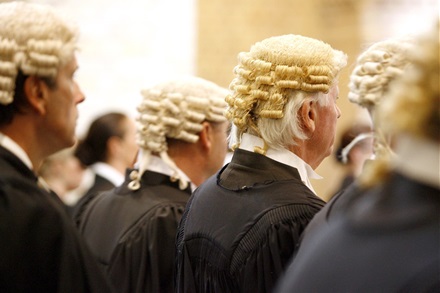 In effect, ISDS provisions remove a nation’s right to set its own laws.

ISDS: the devil in KAFTA’s detail

THE Korea-Australia Free Trade Agreement (KAFTA) delivers some impressive opportunities for Australian agriculture, but the fine print has some analysts worried.

By including "investor-state dispute settlement" (ISDS) provisions, the KAFTA opens up the potential for Korean-domiciled corporations to sue Australian governments — federal, State and local — over decisions that a company believes to have unfairly affected investments they have made in Australia.

Fair trade campaigner Pat Ranald, head of the Australian Fair Trade and Investment Network, said that in effect, ISDS provisions remove a nation’s right to set its own laws.

A headline case of the complications ISDS can cause is occurring in Canada, where the Quebec government placed a moratorium on fracking for gas beneath the St Lawrence river while it concluded safety and environmental studies.

As a result, United States miner Lone Pine last year launched a $250 million lawsuit against Quebec through US-Canada ISDS provisions. Lone Pine argues that it spent millions of dollars on project development before the government laid down the moratorium.

Australia is also experiencing a first-hand case of ISDS provisions empowering corporations outside the courts.

United States tobacco company Philip Morris lost an Australian High Court suit against plain packaging of cigarettes on the basis of several precedents for the legislation.

Because it has assets in Hong Kong, Philip Morris has subsequently launched a new attack on the legislation through ISDS provisions in an obscure Australia-Hong Kong trade agreement.

ISDS disputes are resolved through independent tribunals of investment law experts in which the arbitrator in one dispute can play advocate in another — like a judge also practicing as a lawyer - and there is no right of appeal.

ISDS provisions were introduced to trade agreements post-WWII to prevent nations from walking away from agreements and stranding investment.

Australia has more than two dozen ISDS arrangements in place, but as FTAs got larger and more encompassing, and corporations gained greater power, they have been seen as a double-edged sword.

Recent Australian governments have refused to allow ISDS provisions into most FTAs - including the pivotal Australia-United States Free Trade Agreement (AUSFTA) signed during the Howard government.

However, ISDS was a feature of the Korean FTA, albeit with what Trade Minister Andrew Robb said were "safeguards" against undesirable outcomes.

Those safeguards couldn’t be independently assessed before the agreement was provisionally signed earlier this week, because the government wouldn’t release the text of the agreement.

Having since seen the text, Dr Ranald said the same safeguards have been included in other FTAs, and failed to work for countries like El Salvador and Peru.

What particularly concerns fair trade campaigners like Dr Ranald is the implications of ISDS in the looming Trans-Pacific Partnership (TPP) agreement now being negotiated in Salt Lake City.

The US is the main focus of fair trade campaigners’ concern: Dr Ranald observes that it is home to the world’s richest, most litigous companies.

And as the TPP is thrashed out, the number of ISDS suits is growing. The United Nations Conference on Trade and Development reported that a record 58 ISDS cases were begun in 2012.

The costs of defending an ISDS suit are high — estimated by the OECD to average US$8 million and run up to US$30 million. Hiring legal counsel forms the bulk of the cost: arbitrators alone were paid a standard US$3000 a day in 2012.

Those costs can cause a "legal chilling" said Greens trade spokesman, Senator Peter Whish-Wilson, in which governments become likely to surrender to suits rather than defend against them because of the likely quagmire of costs.

The OECD acknowledged this issue in a 2012 report, noting that "in some cases, the amount of claimed compensation is high enough — hundreds of millions or even billions of dollars — to seriously affect a respondent country’s fiscal position".

"The costs and risks of ISDS haven’t been properly assessed," Senator Whish-Wilson said. "There is a danger of creating a new world order, in which corporations have the same power as sovereign States."