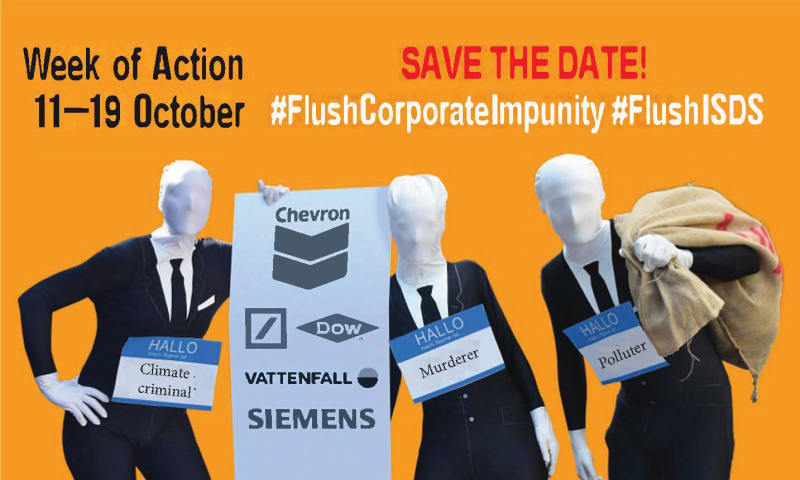 After seven years of tireless campaigning in Australia and across the region, the Malaysian Trade Minister announced earlier this month that foreign investor rights to sue governments (ISDS) has been dropped from the Regional Comprehensive Economic Partnership (RCEP) agreement negotiations. This is a huge victory for our campaigns here and abroad!

It also raises important questions about the future of ISDS, at a time where governments are increasingly concerned about the impact it can have on public interest policy-making. The proposed RCEP is the biggest of all the regional agreements, covering 16 nations, including China, India, Japan, South Korea and 10 ASEAN countries and includes half the world’s population. The decision to exclude ISDS sets an important precedent for other trade deals.

RCEP negotiations are ongoing, with governments still asserting that negotiators are aiming to conclude the deal by the end of 2019. However, reports from negotiations held last week in Da Nang, Vietnam suggest that progress continues to be slow. AFTINET continues to campaign against proposals for stronger medicine monopolies that would delay access to cheaper medicines, restrictions on government regulation of essential services and increased the numbers of temporary migrant workers who are highly vulnerable to exploitation, and we are calling for the inclusion of enforceable commitments on human right, labour rights and environmental standards.

If you haven’t already done so, please Sign the Petition to the Senate against damaging clauses in the proposed and in favour of enforceable workers’ rights and environmental standards.