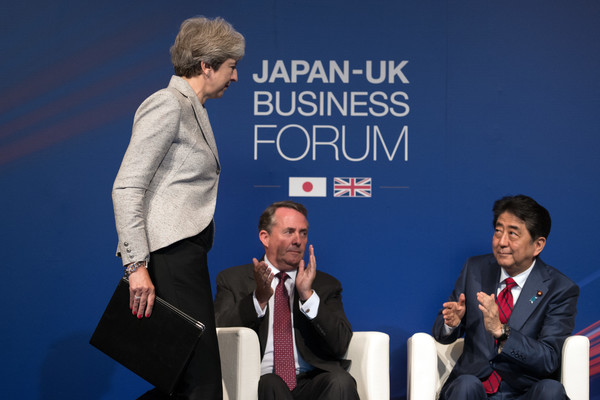 Japan is seeking tougher concessions from Britain in trade talks than it secured from the EU, while negotiations between London and Tokyo are also being slowed by the looming risk of no-deal Brexit.

Japanese trade negotiators are confident they can extract better terms, the Financial Times reported, in a sign of the mounting difficulties facing UK officials as they attempt to line up post-Brexit trade deals around the world.

Japan and the EU began trading under a new free trade agreement this month, an arrangement that will be unavailable to the UK after Brexit. While officials from the UK and Japan are seeking to agree a bilateral deal, it will not be in place before 29 March when Britain is scheduled to leave the EU. The UK’s trade with Japan will also revert to World Trade Organization tariffs in the case of a no-deal Brexit.

The Department for International Trade (DIT) told business leaders this week that time was running out for Britain to roll-over trade deals with about 60 countries the EU has free trade arrangements with, which the UK benefits from until it leaves the bloc. Barring a handful of small and medium-sized countries, including Chile and the Faroe Islands, the majority of deals are expected to miss the deadline.

One attendee at the meeting said the lack of clarity about the UK’s trading relationship with the EU after Brexit had held up progress, and that the Japan-EU deal included a “most-favoured nation” clause that meant Tokyo could not offer anything better on trade in services to Britain than it had given to the EU.

Other countries unlikely to agree deals before 29 March include major UK trading partners such as Turkey, South Korea and Canada, they said.

Japan is a significant market for the UK as it is among the largest trading partners for Britain outside the EU. Britain has a trade surplus with Japan, exporting about £12.5bn in goods and services a year while importing about £11.5bn.

A DIT spokesperson said: “Our priority is to avoid disruption to businesses as we leave the EU and more DIT staff have been allocated to no-deal planning.

“The Japanese prime minister and Theresa May agreed this January both countries would work quickly to establish a new economic partnership between Japan and the UK using the basis of the Economic Partnership Agreement.”