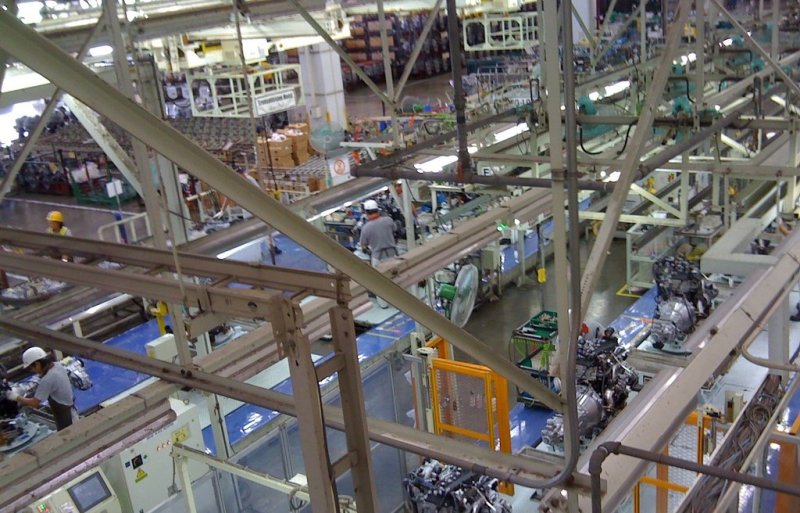 TOKYO/LONDON — The economic partnership agreement between Japan and the U.K. will maintain preferential tariffs for industrial products manufactured with components made in the European Union in a win for Japanese automakers, Nikkei has learned.

The two sides agreed to broaden rules-of-origin language to treat EU-sourced parts as the same as those made in the U.K. or Japan. This will apply to all finished industrial goods, including automobiles.

The provision is a boon to Japanese automakers that use EU-made engines and other components. Without it, such car companies would have faced higher tariffs, since their autos would not be recognized as "made in Japan." The Japanese manufacturing sector had been closely monitoring discussions.

For now, Japan-U.K. trade still enjoys preferential tariffs based on the EPA in effect between Japan and the EU. The U.K. left the EU earlier this year but remains under its rules until the transition period ends Dec. 31.

Tokyo and London thus aim to ratify their bilateral EPA in their legislatures and then put the agreement into force Jan. 1.

Japanese Foreign Minister Toshimitsu Motegi and British International Trade Secretary Liz Truss reached a general agreement for the EPA on Sept. 11 via teleconference. The two sides are focusing on maintaining continuity with the Japan-EU trade pact to minimize the impact on corporations after the transition to the new EPA.

Truss looks to visit Japan to sign the final trade accord.

Under the trade accord, Japan will benefit in other ways from the rules-of-origin provision. For one, a portion of automotive components, such as motors and air-conditioning systems, will need to originate only 50% of the content from the two countries to qualify for preferential tariffs. The ratio is lower than the 55% threshold in place for the Japan-EU trade deal.

This opens up market access to the U.K. for products assembled in Japan containing material heavily sourced from such places as Southeast Asia. In addition, Japan won the immediate withdrawal of tariffs for train cars and their components, as well as for such industrial goods as electronic control panels for electric vehicles.

Negotiations between the U.K. and the EU toward a bilateral trade deal remain rocky. If the same provision, known as "extended cumulation," is not applied to Japanese parts under the U.K.-EU trade deal, Japanese manufacturers will be forced to rework their supply chains.

Such automakers as Toyota Motor and Nissan Motor have lobbied the British government for compensation to offset extra tariff costs if the U.K. fails to reach a trade agreement with the EU.