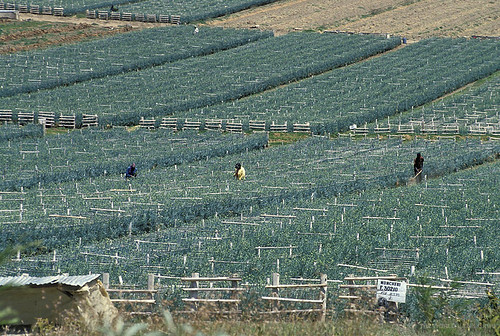 Kenya and the United Kingdom on Tuesday formally signed a trade agreement ending an era of doing business through protocols of the European Union, from which London will be exiting by the end of December.

Trade Cabinet Secretary Betty Maina, who is in London, and UK’s Trade Minister Ranil Jayawardena, signed the document that had been initialled on November 3 to bring to an end negotiations that had lasted four months.

The trade deal will enable Kenyan exporters of flowers and other fresh vegetables will continue accessing the UK market under a duty free, quota-free arrangement, just the way they did when the UK was in the European Union.

Here is what you need to know:

Why did Kenya choose a bilateral route for a deal that essentially remains open to other countries in the region?

By negotiating this deal, Kenya was killing two birds with one stone. The UK preferred negotiating with the entire EAC member states to secure a wider market. But other EAC member states preferred negotiations to begin in 2021 after elections in Tanzania and Uganda. Burundi and South Sudan did not even show up at meetings. But only Kenya could be punished if there was no deal by January, because it is the only one categorised as a Lower Middle Income Economy (Tanzania joined this year but will not be formally declared one until after three years) and would be subjected to taxation in UK markets.

As a compromise, UK and Kenya agreed on some geometric asymmetry, which allows ready partners to negotiate while leaving room for others to join later.

“Kenya adopted this (bilateral) approach because of the Brexit transition period’s fast-approaching deadline and the need to secure duty-free and quota-free market access to the UK,” explained CS Betty Maina last week ahead of the signing ceremony.

“The experience of the EAC-EPA amplifies this position; it has not come into force due to reluctance by the other EAC Partner States to sign and ratify,” she explained, referring to the common economic partnership agreement negotiated under the European Union, and which failed to take off after Tanzania especially recoiled on a clause about opening up its market for EU imports in exchange for duty-free exports into EU.

While Kenya went bilateral, officials in Nairobi argued that the EAC Customs Union Protocol has provisions allowing members to negotiate a trade deal with an outside entity as long as it does not violate the protocol.

The agreement has been titled: "The Economic Partnership Agreement between Kenya, a Member of the East African Community, of the one part and the United Kingdom of Great Britain and Northern Ireland, of the other part."

So what does the new deal say?

The agreement provides for Kenya’s duty-free, quota-free access to the UK market on specified products. Officials say the list of goods could expand to include textile and livestock and fish and other processed goods; adding to the fresh vegetables, coffee, tea and cut flowers. The deal has also simplified Rules of Origin, making it easier for Kenya to export to UK processed items whose raw materials may have been sourced from other developing countries as long as there is proof the items were produced in Kenya.

The Previous Cotonou agreement was criticised for failing to improve local industrial growth and Kenyan officials say the deal with UK improves on that by allowing exports of products made locally from materials sourced outside of Kenya.

There are provisions on common standardisation of produce as well as provisions for UK agencies to support local start-ups.

How long is the agreement going to last?

The deal can be reviewed in totality every five years and a member state can pull out with a year’s notice.

Kenya will open up its markets for over 25 years of transition including a seven-year moratorium which it argues will help local industries compete. During this time, at least 17 per cent of Kenyan export trade to UK will not be subjected to liberalisation, meaning most agricultural products sold into UK will be protected from undue duty.

Partners can also amend clauses whenever they feel the need.

What does it mean though?

Of course once signed, the new agreement could forestall the possibility of trade disruptions for Kenyan business people, farmers, and exporters after the UK formally exits the European Customs Union on December 31.

Ms Maina argued last week that the deal fits in Kenya’s “broader Government policy to expand Kenya’s supply capacity and increase its exports of goods and services to global markets.”

“We want to increase investments, expand the range of exports, increase job opportunities for our people, and create shared prosperity in line with Vision 2030.

Traditionally, the UK has often been among Kenya’s top five export destinations for products averaging about Sh40 billion since 2015, buying coffee, tea, edible vegetables, cut flowers, and fruits. The UK bought about 30 per cent of Kenyan products sold in the EU and sold Kenya about Sh35 billion worth of goods every year.

Ms Maina hoped the new deal will help drive growth in value additions in agricultural, manufacturing, fisheries, and livestock sectors. Officials say they will target UK markets for meat and fish as well as textiles.

How will the agreement be implemented?

Based on Kenyan laws, which are similar to UK’s, the National Assembly will have to ratify the agreement for Nairobi to implement it.

But the Ministry may need to first sensitise Parliamentary committees charged with trade and foreign relations to speed up the endorsement.

Once the National Assembly ratifies, Kenya will be required to deposit copies of the instruments of ratification to the EAC secretariat, the African Union as well as the UK government. The former two are in line with regional integration requirements.

Once that is done, however, the government may need another round of promotional activities to market the agreement to stakeholders. Its first fruits may be harvested at least six months after the ratification.