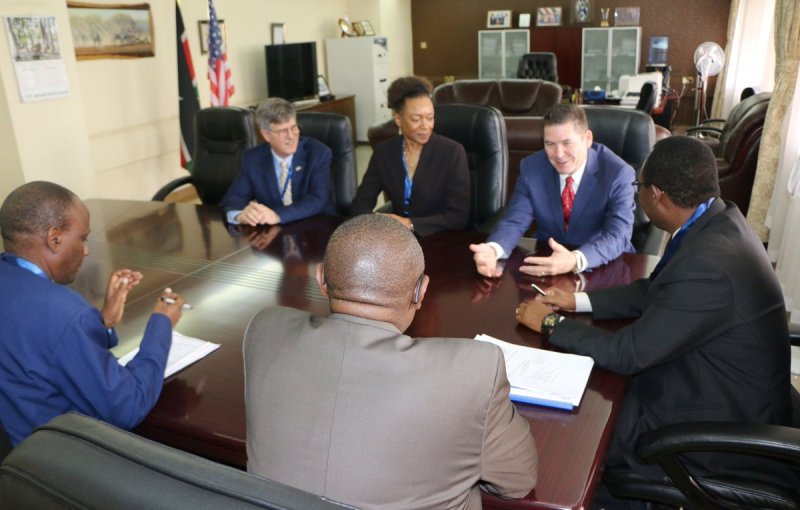 Kenyan President Uhuru Kenyatta announced a delay in talks on a trade deal with the United States until a pan-African trade bloc comes into force.

The Thursday announcement comes after Kenya’s deal with the United States for a Free Trade Agreement Wednesday received opposition from regional trade unions who have challenged it on the grounds that it violates the East African Community (EAC) Treaty and its protocols.

In a statement yesterday, the East African Trade Network (EATN), a membership network comprising civil society organizations, trade unions and farmer groups strongly opposed the proposed Free Trade Agreement (FTA) between Kenya and the US mooted in March – questioning its timing and motive.

“We believe the timing and reasoning for the Kenyan government to take up this critical step into a trade pact with the U.S. are wrong,” reads part of the statement signed by five representatives, Econews Africa, SEATINI Uganda, Haki Madini Tanzania, Kenya Small Scale Farmers Group and Fahamu.

In a letter dated March 17, 2020, US President Donald Trump through United States Trade Representative Robert Lighthizer, wrote to Nancy Pelosi, US Senate Speaker; Senator Charles Schumer, Minority Leader; Kevin McCarthy, Minority Leader US House of Representatives; Charles Grassley, President Pro Tempore, of the US Senate, notifying them of the Trump’s intentions to initiate trade talks with Kenya that now threatens the unity of the East African Community as we know it.

“I am pleased to notify Congress that the president intends to initiate negotiations on a trade agreement with the Republic of Kenya.

We are committed to concluding these negotiations with timely and substantive results for US consumers, businesses farmers, ranchers and workers consistent with US priorities and negotiating objectives established by Congress in statute,” said Lighthizer in a letter to the Senate Speaker.

In reality, there is no chance a trade deal between those two countries will be concluded before this year’s US elections slated for November.

Yet even getting ‘in principal’ agreements between the two countries on thorny trade issues is not easy. This is because Kenya has been exporting to the United States under the African Growth and Opportunity Act (AGOA) which expires in 2025 and has a possibility of renewal by the US Congress which has the sole mandate to do that.

“This therefore beats the purpose of a freshly negotiated FTA again with the U.S. Further, Kenya has not fully utilized the preferential scheme under AGOA and it beats logic how it will gain under the proposed FTA,” EATN in its statement issued on June 18.

Kenya and regional countries could also be exposed to trade and investment disputes – which have real financial implications for countries in Africa in terms of monetary awards, legal costs, and accrued interests.

“All these emanated from bilateral trade agreements that were potentially exploitative to the African countries,” it argued.

The network now wants further consultations on the sensitive matter even as initial negotiations are set to begin in July without having had adequate stakeholder consultations nationally and in the region “are an indicator of ulterior motives in the negotiation of this FTA.”

“We the EATN therefore urge the Kenyan government to halt the intended negotiation of the FTA and consult widely before making a decision to negotiate an FTA of such grand magnitudes and repercussions,” it said.