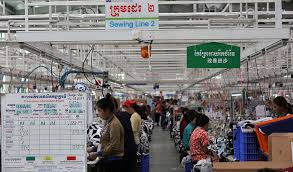 Cambodia is negotiating a free trade agreement (FTA) with the Eurasian Economic Union (EAEU), a common market comprised of five nations of the former Soviet Union, hoping the new market will maintain the Kingdom’s economic growth.

The EAEU – comprised of Armenia, Belarus, Kazakhstan, Kyrgyzstan and Russia, with 183 million people and a combined GDP of $2.2 trillion – would be a new market for Cambodian firms.

Speaking to reporters in a seminar to promote EAEU trade preferences to Cambodia on Thursday, Ministry of Commerce secretary of state Tek Reth Kamrong said the EAEU has provided tariff-free access for 46 Cambodian made products for three years due to the Kingdom’s Least Developed Countries (LDC) classification.

Though preferential status will last until Cambodia has graduated from its LDC rank, Reth Kamrong said the negotiation for an FTA with the bloc is a good initiative.

“When we can open the new market and expand it, we can ship more products abroad. Every new market is always a potential and to obtain a successful trade agreement, and effort is needed from all stakeholders – including government institutions and the private sector,” she said.

In the Asean bloc, only Vietnam has reached an FTA with the EAEU – in 2016 – while Singapore is in the middle of negotiations. According to Vietnam Briefing News, after the FTA was reached, bilateral trade between Vietnam and the EAEU grew by 31 per cent in 2017 compared to 2016.

Bilateral trade in 2017 amounted to $3.9 billion. Russia is the bloc’s main trading partner, accounting for almost 90 per cent of trade with Vietnam.

Acknowledging that Cambodian exports to the EAEU are still minimal, Cambodia Chamber of Commerce vice-president Lim Heng on Thursday said it is favourable for Cambodia to maintain its existing market with preferential access while simultaneously negotiating for a new market opening.

He welcomed the initiative for reaching an agreement with the EAEU.

“Cambodian agricultural products are a huge necessity for the new market. In such a globalised world, it is good to maintain existing markets and at the same time strive to enter new ones,” he said.