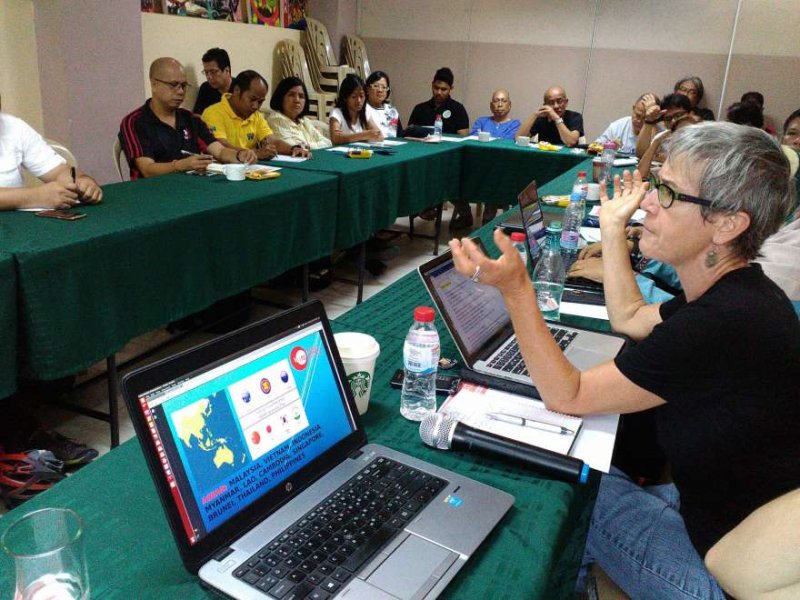 Representatives from major trade unions in both the public and private sectors have raised serious concerns on the possible impacts of the Regional Economic Comprehensive Partnership Agreement (RCEP) which is currently being negotiated in Manila: According to their analysis, prices of medicines may increase, government revenue decrease and the government’s ability to regulate foreign investments, service providers and transnational corporations may be constrained.

The analysis of the labor groups is based on leaked draft texts of the RCEP as no official document has been made public throughout the four years of negotiations. Only negotiators and key business representatives had access to the official documents. Even Congress has been blindsided. This seriously constrains the democratic process.

RCEP is a mega free trade and investment agreement negotiated between 16 countries in the Asian region- the 10 ASEAN countries plus India, China, Japan, South Korea, Australia, and New Zealand.

The proposal to have an international private arbitration process that ignores national laws and the Constitution and where investors can make multi-billion claims against governments was another concern raised by the groups.

At a meeting attended by major labor centers like SENTRO and the Trade Union Congress of the Philippines (TUCP), affiliates of global union federations such as PSI, IndustriALL and BWI, solidarity support organization like SASK, and the Trade Justice Campaign - Pilipinas, held on May 5 2017 in Quezon City, Dave Diwa, of National Labor Union (NLU) called RCEP a “danger zone that governments should avoid at all costs.” Vicente Camilon, Jr of the TUCP added that “RCEP might constraint our government’s power to regulate, undermine national sovereignty, and limit it ability to pursue national development objectives.” Jillian Roque of Public Services Labor Independent Confederation (PSLINK) further added that the deal could diminish public funds that should be devoted to basic social services.”

In contrast, the labor unions pointed out the corporate-bias of RCEP. Glen Pastorfide of the Philippine Government Employees Association (PGEA) said that RCEP could strengthen the power of corporations while weakening policies that seek to protect and conserve our natural resources and ecosystems.”

Alan Tanjusay of Associated Labor Unions (ALU) pointed out that “RCEP has no social dimension. Our government will be prevented from instituting policies and regulations beneficial to working people.”

Wilson Fortaleza of the Partido ng Manggagawa concluded that “RCEP is a global corporate agenda of regional oligarchs.”

“Clearly, the RCEP is as bad as the Trans-Pacific Partnership Agreement (TPP),” Josua Mata, Secretary General of SENTRO, declared. “If Pres. Duterte rejected TPP, then he should, at the very least, be worried about RCEP as well,” he added.