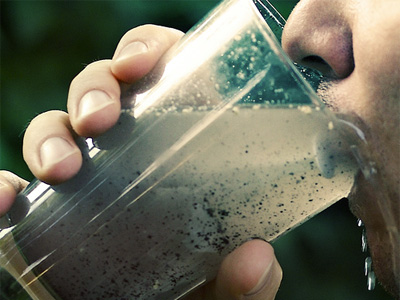 A leaked restricted access text for the Trans-Atlantic Trade and Investment Partnership (TTIP) from August 2014 from the European Commission confirms that negotiations continue to favour business interests over the protection of citizens’ health and of the environment.

The Commission’s text, previously accessible only to members of the TTIP advisory group and the EU’s Trade Policy Committee, shows that the EU’s proposals for a “chemicals annex” closely follows the chemical industry’s agenda for TTIP which would hinder the development of stronger controls for toxic chemicals on both sides of the Atlantic. An analysis of the leaked text was released today by the Center for International Environmental Law (CIEL), ClientEarth, and Natural Resources Defense Council (NRDC).

Civil society groups from the US and EU have repeatedly voiced deep concerns regarding the dangers of TTIP. Over 110 public health and environmental organizations in the EU and US object to the inclusion of the chemicals sector. TTIP negotiators continue to downplay serious concerns raised by civil society, and the US chemical industry and US government show no sign of acceptance of the generally more protective EU approach to chemicals regulation.

According to Vito Buonsante, Law and Policy Adviser with ClientEarth, “the EU is giving the US a chance to block any initiative to protect EU citizens and environment from the risk from toxic chemicals. TTIP could erase all progress which has been made in the EU to ensure precautionary decision making on chemicals.”

The leaked text for a chemicals annex provides for extensive consultations, creating multiple, additional, and unnecessary opportunities for the chemical industry to delay draft rules and laws.

“It is clear that the chemical industry’s agenda is to delay or derail public efforts to establish protections from toxic chemicals to the greatest extent possible on both sides of the Atlantic,” said Daniel Rosenberg, a senior attorney with the Natural Resources Defense Council (NRDC). “The interests of the chemical industry are not the same as the publics’ and U.S. and EU officials should be strenuously opposing the industry’s agenda, not eagerly abetting it.”

“Stronger, more precautionary and protective measures for carcinogens, hormone (endocrine) disruptors, and nanomaterials by the EU are all targeted by USTR and the chemical industry as trade barriers,” according to Baskut Tuncak, Senior Attorney with CIEL. “The EU, by its own hand, has brought these and other stronger measures within the scope of TTIP, without any demand that the US elevate its standards. This is a serious concession to the US and industry.”

Toxic Partnership: A Critique of the ACC-Cefic Proposal for trans-Atlantic Regulatory Cooperation on Chemicals, available at: http://ciel.org/Publications/ToxicPartnership_Mar2014.pdf