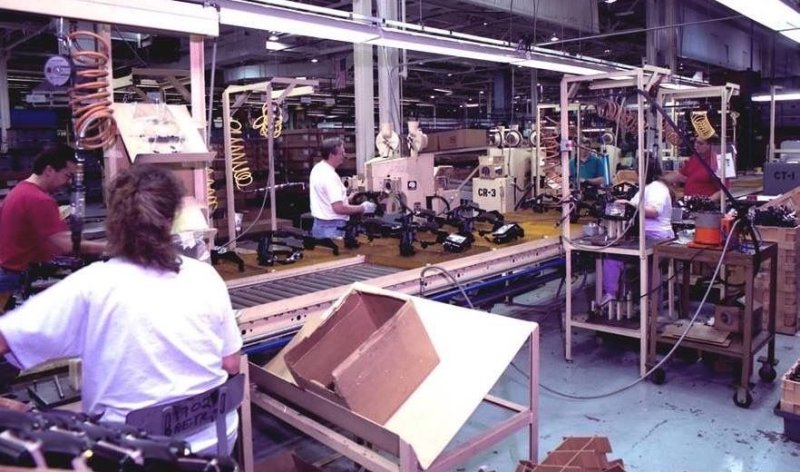 A few years after President Bill Clinton signed the North American Free Trade Agreement in 1993, Rolling Stone sent investigative reporter Dan Baum out to learn how the globalist-hyped deal was working on both sides of the border.

When Clinton promised during his signing that NAFTA — an agreement among the United States, Mexico and Canada — would create millions of domestic jobs and reduce illegal immigration within its first few years, skeptical blue-collar Americans couldn’t understand his tortured logic.

Reform candidate Ross Perot accurately predicted that when Congress passed NAFTA, Americans would hear a “giant sucking sound” of companies fleeing the United States for Mexico where workers would be paid less and be without benefits.

In his story, “The Man Who Took My Job,” he located David Quinn, a unionized Indiana auto parts worker who was one of 455 Breed Technologies employees to lose a job when the factory shut, then relocated to Mexico. Soon thereafter, more than 100 Indiana businesses followed Breed to Mexico — a great deal for cheap labor-addicted employers, but devastating to the U.S. domestic workforce.

By 2000, the $5.5 billion U.S. trade surplus with Mexico metastasized into a $16 billion deficit. Quinn and Baum traveled to Mexico where they eventually found “the man who took the (Indianan’s) job,” toiling longer work weeks for less money, few safety precautions and without union protections.

During the next two decades, in part under President George W. Bush’s administration, job losses continued to mount and deficits deepened; today the U.S. trade deficit with Mexico is $617 billion.

Bush learned nothing from the NAFTA fiasco. Instead, he used the NAFTA template to create the World Trade Organization, which opened the U.S. market with China and led to more than a dozen bilateral trade treaties that have hampered America’s labor force.

Congress is considering nearly 25 more agreements that may kill more U.S. jobs. Since 2001, the United States has lost 3.7 million jobs to China, and is currently running a $346 billion trade deficit with the Asian superpower.

Yet, Republican and Democratic-led administrations put trade first, above working Americans. President Barack Obama’s 12-nation Trans-Pacific Partnership would have the opened borders to millions of foreign-born workers in every employment classification.

Shortly after President Donald Trump was inaugurated, he withdrew the United States from TPP.

Because of COVID-19 concerns and the relatively short time period for businesses to adjust to its new regulations, his NAFTA replacement, the U.S. Mexico Canada Agreement, may be delayed beyond its June 1 starting date. U.S. Trade Representative Robert Lighthizer expressed his concern: “Let us not make long-term decisions in the midst of a crisis.”

A coronavirus delay might be a lucky break for U.S. workers. The Economic Policy Institute is apprehensive that the U.S. International Trade Commission’s projections about higher U.S. wages and increased employment may be based, much like NAFTA, on “questionable assumptions.”

Specifically, EPI doubts whether U.S. wages will rise as a direct result of improved labor rights enforcement in Mexico, a conclusion that the ITE model doesn’t validate.

NAFTA and other trade deals have been a disaster for American workers; America needs a better approach that will rebalance trade and level the playing field for U.S. workers and other participating countries.

Despite two decades of White House bloviating about American jobs and railing against income inequality, the average worker isn’t as important to leaders as easing corporate trade.

Like NAFTA before it, USMCA has no real American worker protections. Its language refers to “temporary” immigrant entry to “supply services.” But as the old adage goes, nothing is more permanent than a temporary immigrant, especially when he supplies labor “services.”

Trump has talked pro-American about trade and immigration, but he’s fallen far short of delivering the goods he’s so often promised.

Joe Guzzardi is an analyst and researcher with Progressives for Immigration Reform who now lives in Pittsburgh.