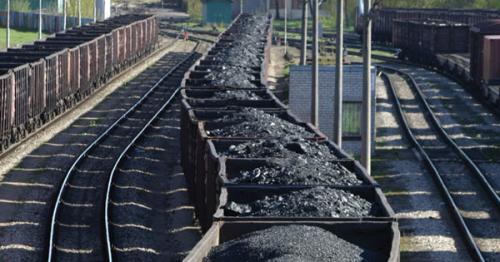 Lobbyists want to use Nafta to fast-track Trump’s agenda

By Jennifer A Dlouhy

While officials from the U.S., Canada and Mexico try to hammer out a new North American Free Trade Agreement, lobbyists in Washington are using the deal’s rewrite to advance a broad legislative agenda making it easier for U.S. companies to build factories, move cargo and export coal.

The strategy exploits the fast-track authority that allows presidents to negotiate big trade deals without having to worry about Congress tinkering around the edges. Under that authority, legislation to implement a trade deal can pass the House and Senate on a simple majority vote, without amendments or filibusters.

That means a Nafta bill could lead to the enactment of what is essentially a big business wishlist of regulatory reforms and other policies too ambitious or politically sensitive to clear Congress in a piecemeal fashion.

Lobbyists and lawmakers behind the plan have drafted a Nafta chapter on competitiveness that lays out broad goals for making regulation more predictable, investing in infrastructure and streamlining permitting. If negotiators agree to tuck that chapter into the working Nafta draft, it opens the door for the treaty legislation to make changes in U.S. law to fulfill those goals.

The tactic could enable passage of an array of legislative proposals, including regulatory overhaul bills stymied in the Senate and measures to expand workforce development programs. Potential changes also could include setting ceilings on the cost of new regulations and making additional spectrum available for commercial use.

Adam White, who directs George Mason University’s Center for the Study of the Administrative State and who has been briefed on the effort, says the approach could improve the U.S. trade position by strengthening American competitiveness from within and enticing businesses to invest in the country.

Critics say it uses America’s trade deficit as an excuse to short-circuit environmental analysis required under federal law, at a time when climate change, shrinking biodiversity and other issues demand thorough analysis.

"It’s the opposite of the careful deliberation that needs to be done," said Pat Gallagher, director of the Sierra Club’s environmental law program. “Last time I checked, the economy has been booming."

The brains behind the plan are a husband and wife in Washington, one an oil and gas lobbyist, the other a trade lawyer at a top firm. Rebecca Rosen works for Oklahoma-based Devon Energy Corp. Her husband, Jeff Weiss, spent 10 years in the Office of the U.S. Trade Representative and is now with Venable LLP. They have spent months quietly developing the strategy, honing the approach as they slowly widened the circle of advocates, drawing support from business lobbies, lining up a few influential Senate supporters and getting buy-in from key White House officials.

It’s been a tricky process, given how brazen the deal is. Some companies and business groups refused to publicly join, over fear of a public backlash. A few incredulous lobbyists wondered how the tactic hadn’t been exploited before, while some special interest groups worried the gambit could jeopardize fast-track authority.

But the effort gained steam as Nafta negotiations appeared to falter and business lobbyists across the nation’s capital scrambled for creative solutions to salvage the deal. They saw this approach as a way to transform Nafta into the "better deal" Trump has insisted on.

On Wednesday, Trump formally asked Congress to extend his fast-track authority over trade deals for three years. Trump called the extension of trade-promotion authorities "essential" to demonstrate to foreign partners that the "administration and the Congress share a common goal when it comes to trade."

Advocates of the Nafta plan found support from a trio of GOP senators: Ted Cruz of Texas, Steve Daines of Montana and Cory Gardner of Colorado. The senators touted the plan in a letter to Donald Trump on Tuesday, describing it as an unprecedented opportunity “to lock into law” major elements of the president’s economic development plan.

"To truly modernize NAFTA and re-energize the U.S. trade agenda, we need to include elements that address jobs and competitiveness head-on. That’s the paradigm shift in trade policy that you’ve consistently championed," they told Trump. “Modernizing Nafta in this fashion” would “put the United States in a much stronger position to forcefully confront China, which is pursuing its own domestic strategies that are often harmful to U.S. interests."

Among the potential beneficiaries is Lighthouse Resources Inc., which has spent more than six years pursuing permits to build an export terminal in Longview, Washington that could ship up to 44 million metric tons of coal and other bulk products each year to Asia. The project was blocked last year, when Washington state’s ecology department denied a Clean Water Act permit, citing concerns about air quality and increased railroad traffic to serve the site. The proposed competitiveness chapter could give way to a broad rewrite of permitting requirements, giving Lighthouse a shot at approval.

Possible changes such as putting deadlines on analysis required under the National Environmental Policy Act and requiring coordination of the assessments could give a lift to other projects, from proposed electric transmission lines and port improvements to solar farms. The American Action Forum estimated last year that some $229 billion worth of energy and transit projects are being vetted under NEPA.

"This is the perfect antidote to that, to say ‘no, as part of this free trade agreement, we’re going to strip back to the necessary — but no more than the necessary — regulations and speed up the permitting of building plants and facilities and factories here in the U.S.,’" said David McIntosh, president of the conservative Club for Growth.