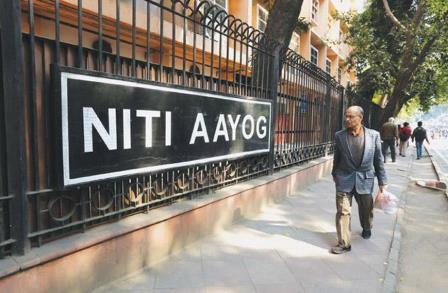 The key objective of the government’s Act East policy is to promote economic cooperation and cultural ties, and develop a strategic relationship with countries in the Asia-Pacific region through bilateral, regional and multilateral treaties. The purpose of an FTA is to liberalise and support trade in goods and services, create a transparent and facilitative investment regime, and build up appropriate measures for closer economic cooperation between the partner countries.

According to the recently published report by the NITI Aayog on FTAs and their costs, the key macro takeaways are:

The assessment of FTAs

The key FTAs India has signed with the ASEAN, South Korea and Japan (they are the most comprehensive ones) have resulted in the following:

While the concerns of the steel sector were addressed with the imposition of the minimum import price (MIP) due to surge in imports from China, Japan and South Korea, the non-ferrous metals industry like aluminium, copper and zinc is still reeling under severe threat of imports under FTAs. This has resulted in shrinking the market share of domestic manufacturers and outgo of foreign exchange.

FTAs with the ASEAN, Japan and South Korea have resulted in trade diversion of most of non-ferrous metals. While the MFN duty on aluminium is 7.5%, and on copper and zinc it is 5%, imports under the ASEAN and South Korea FTAs are coming at zero duty; in the case of Japan, the current duty is 1.36%, which is set to become zero by 2021. Imports from FTA countries have increased as compared to imports from other countries.

Aluminium: Imports of aluminium products including scrap have more than doubled in the last seven years—from 8,78,000 MT in FY11 to 19,00,000 MT. Imports have now captured almost 54% of the total domestic market share. Also, 69% of imports of major primary aluminium products like billet and wire are now coming through the FTA route, mainly from Malaysia, Vietnam, Thailand and South Korea, which are parties to the ASEAN-India Free Trade Area (AIFTA).

Copper: Imports have captured nearly 35% of the domestic market share in this fiscal year, up from 28% in FY15, decreasing the market share of domestic manufacturers like Hindalco, Vedanta and HCL to 65%. A majority of the imports, around 1,00,000 MT of the total 2,50,000 MT, come under AIFTA route—copper wires of less than 6-mm in diameter are imported at nil duty against 5% MFN duty.

Copper imports have also grown from Japan under the India-Japan Comprehensive Economic Partnership Agreement (CEPA), under which import duties on refined copper have been reduced from 5% to 1.36%. To make it worse, the duty is set to become nil by 2021. Due to this avalanche of imports, Indian primary copper producers are compelled to run their plants at only 80% of their capacity.

There is an urgent need to formally initiate a pending review to assess the impact of FTAs on the industry. There are geopolitical reasons in going in for FTAs, but we must also focus on encouraging domestic manufacturing, capacity addition and job creation. First, the review of the ASEAN and Japan FTAs, which are pending for 18 months and six months, respectively, has to be accelerated.

In the review, product-specific rules of origin must be strengthened, tariffs readjusted to relieve pressure on domestic non-ferrous metal industry, and rules of origin strictly enforced. Trade defence measures must also be pursued. The RCEP revealed comparative advantage of non-ferrous metals and our experience in the ongoing FTAs in them must be taken into account while making offers.