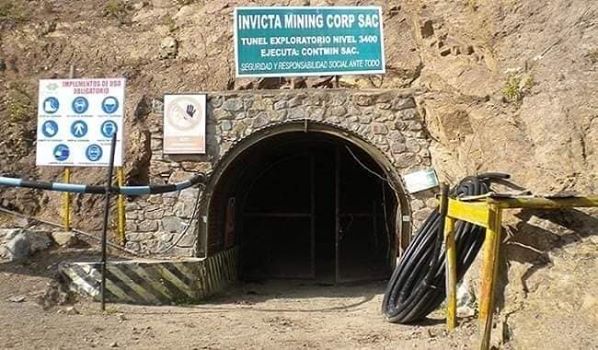 The Agreement allows for up to USD$4.1 million to support the arbitration and related costs. All monies to be advanced by BWA are non-recourse and are only repayable upon completion of a successful claim where monies are recovered. As such, the financing is non-dilutive to current Lupaka shareholders. Precise terms of the Arbitration Funding Agreement (other than those set out herein) are confidential.

The Company’s dispute arises out of certain acts and omissions of the Republic of Peru in breach of the FTA and international law relating to the Company’s investment in the Invicta gold mine project (the “Invicta Gold Project”). The Invicta Gold Project is located in Huaura Province, approximately 120 kilometres north of Lima. In October 2018, the Community of Parán erected an illegal blockade (the “Parán Blockade”) which prevented any access by company advisors and staff to the Invicta Gold Project. The Company had begun its planned shipments from the mine to third-party processing plants in the third quarter of 2018 but had to suspend such shipments as a result of the illegal Parán Blockade. Without access to the Invicta Gold Project site, Lupaka Gold was unable to continue mining, shipping and processing the mined material. Despite numerous requests for assistance from the police force and local, state and federal Peruvian government officials, the requested assistance was not provided and the illegal blockade continued. Without the ability to ship and sell its product, Lupaka was unable to service the loan acquired to complete development and the start of commercial production, the lender foreclosed on the loan and Lupaka ultimately lost the project.

On 12 December 2019 Lupaka delivered to the Peruvian Minister of Economy and Finance a Notice of Intent to Submit a Claim to Arbitration (“Notice of Intent”) in accordance with the FTA. The Notice of Intent is necessary in order to preserve the Company’s rights to initiate arbitration should a resolution with the Peruvian government not be reached. The filing of the Notice of Intent initiated a six-month consultation period between the parties during which time they are to attempt to amicably settle the dispute. Meetings between Peruvian government representatives and the Company and its arbitration lawyers, LALIVE, have taken place during this six month period but no resolution has been presented. The Company is now in a position to initiate international arbitration proceedings against Peru in accordance with the FTA.