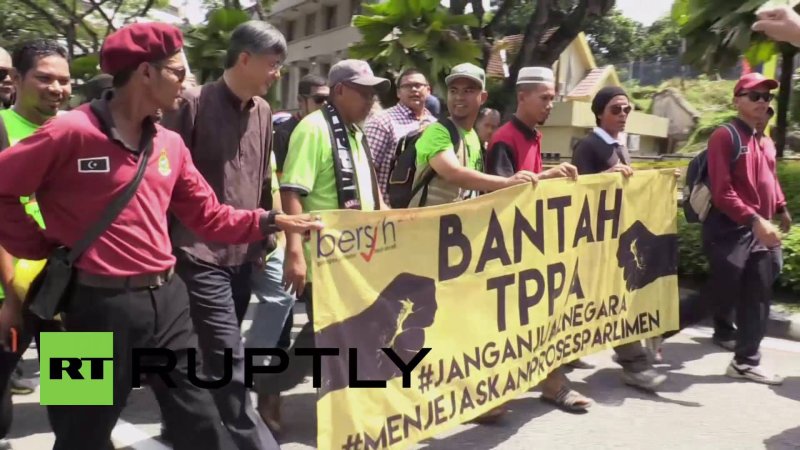 by K.S. Jomo and a member of the Prime Minister’s council of eminent persons

After new US President Donald Trump withdrew from Obama’s Trans-Pacific Partnership (TPP) on his first day, Japan, Australia and their closest allies hope the CPTPP will draw the United States back into the region to counter China’s fast growing power and influence.

CPTPP to re-engage US

With negligible real trade gains from the original TPP, the US withdrawal has made benefits from the regional agreement even more trivial, with advocates becoming more desperate for US participation.

Thus, its current proponents are using the CPTPP to try to re-engage the US as hegemon in the region.

The TPP involved twelve countries on the Pacific rim led by the US, which drafted most of the 6350-page agreement.

Both US government cost-benefit analyses of the TPP found very modest gains from trade liberalisation. These miniscule benefits largely disappear from the CPTPP as the main market access offered by the TPP was the US.

The Peterson Institute for International Economics (PIIE), the main TPP and CPTPP advocate, claimed most (85%) growth gains from non-trade measures (NTMs), not trade liberalisation. Such claims were largely refuted by the mid-2016 US International Trade Council (ITC) report.

Nevertheless, the World Bank used PIIE consultants to make even more exaggerated claims of TPP gains in early 2017, ignoring most costs and risks. CPTPP advocates have made even more extravagant claims about supposed benefits since.

ISDS will enable foreign investors to sue CPTPP governments, not in national courts, but rather, private arbitration tribunals. Besides undermining national judicial sovereignty, small country governments with limited legal resources will be disadvantaged.

In 2015, the Najib regime commissioned cost-benefit analyses of the TPP to justify Malaysian participation.

The modest projected gains from trade liberalization are methodologically moot, while the sectoral projections were based on lobbyists’ claims, not reliable information.

From the frying pan into the fire

Najib’s embarrassing White House visit last year, as a generous, sycophantic supplicant to support the US President, earned Trump’s compliment to his ‘favorite Prime Minister’, with no advantage to Malaysia.

Unlike the two commissioned reports to justify joining the TPP, nothing was done for the CPTPP. Informed analysts know that CPTPP losses, costs and risks are much greater than for the TPP while gains will be more trivial despite cheerleaders’ claims to the contrary.

Not a single CPTPP public consultation was held by the Najib regime despite promises to do so.

Malaysians should wonder why he proceeded with such secrecy while other governments have been much more open and consultative.

Some minor changes were made to the TPP agreement for the CPTPP. Several onerous provisions were amended, and some others suspended, leaving most unchanged. Some CPTPP governments, but not Najib’s, secured ‘side letters’, exempting them from some specific clauses.

Malaysia can eventually opt out of the CPTPP simply by not ratifying it. Such a diplomatic approach should not embarrass Japan, Australia, Singapore and others remaining for geo-strategic or other pretexts.

Joining the TPP would have required amendments to at least 18, and possibly around 40 existing laws.

Neoliberal Malaysian economic reformers, who did not really care for the TPP, advocated joining in order to advance their reform agenda on the pretext of complying with ratification requirements.

Now, the new PH government should amend legislation in line with the needs of the new Malaysia, not at the behest of US lobbyists who, ironically, are no longer even party to the CPTPP, or the main proponents’ geostrategic priorities.

Although Jomo KS is a member of the Prime Minister’s Council of Eminent Persons, the views expressed here are strictly personal.