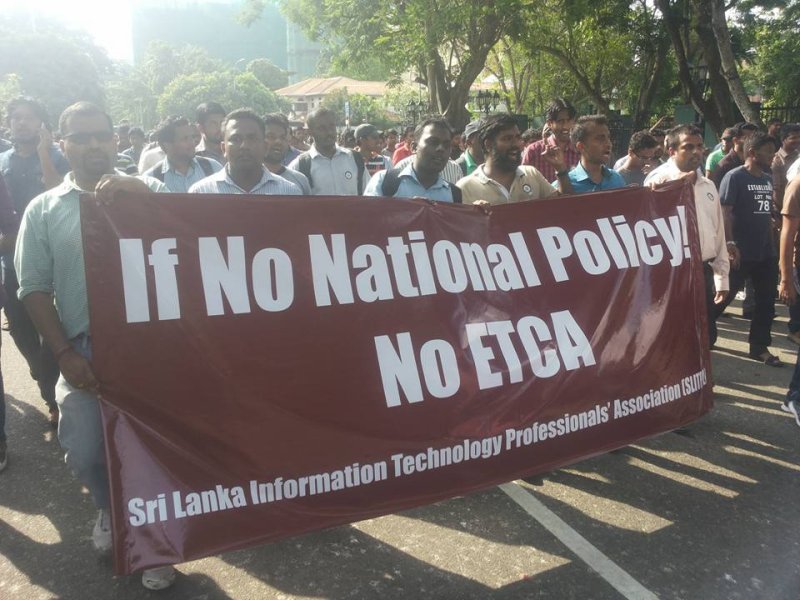 Malik to hold talks in India to resume ETCA

Development Strategies and International Trade Minister Malik Samarawickrama plans to hold ministerial-level discussions with Indian counterparts during his visit to India this week, in order to resume negotiations on the proposed Economic and Technology Co-operation Agreement (ETCA) with India.

Samarawickrama is scheduled to fly to India today to attend an Investment Forum in Gujarat, India, which is organised by Sri Lanka’s High Commission in New Delhi.

While noting that the ETCA negations with India have reached advanced stages, Samarawickrama told Mirror Business that he plans to hold talks with the Indian government to resume negotiations on the proposed trade pact.

According to Development Strategies and International Trade Ministry Secretary S.T. Kodikara, the government has already informed the Indian government, through the Indian High Commission in Colombo, that Sri Lanka is ready to resume the ETCA negotiations.

The previous FTA team of negotiators led by former Chief FTA Negotiator K.J. Weerasinghe had completed 11 rounds of negotiations on the ETCA with the Indian counterparts.

They also had made a notable progress in negotiating the obstacles the Sri Lankan exporters face in accessing the Indian market, including non-tariff barriers.

The resumption of FTA negotiations was further delayed due to the Indian general elections, which were held in May.

Meanwhile, Kodikara noted that Samarawickrama also in writing informed Vice Minister of Commerce of China Wang Shouwen of Sri Lanka’s readiness to resume stalled negotiations on the proposed China-Sri Lanka FTA. “We already informed both India and China that we are ready to resume FTA negotiations. We are waiting for their response,” he said.