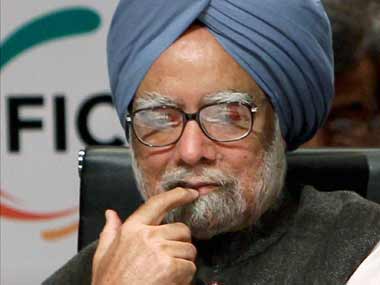 Should the Prime Minister give in to the EU? PTI

Manmohan Singh must learn from the Novartis judgement

If there is a single person who has to learn from the national sentiment around today’s Supreme Court judgment on Novartis’ cancer drug Glivec, it’s Prime Minister Manmohan Singh.

Monday’s judgement, preceded by the stellar resolve of the country’s patent establishment and the judicial system over the last seven years, is so critical in telling the world that we can indeed protect our interests.

Will Manmohan Singh understand the clear purpose behind this sentiment?

If he indeed does, he should take a relook at the India-EU Free Trade Agreement (FTA) that is cooking in his back-room. Such FTAs are the tools employed by rich countries to cheekily steal us of the protection given to us by our courts and multilateral bodies such as the WTO.

What is protected by multilateralism is nullified by bilateral treaties and non-transparent bilateralism on the side.

The India-EU FTA is as much in the eye of the storm as Glivec has been. In the case of Glivec, we had the courts and stern patent officers; but in the case of FTA, we have no clue because there is no transparency. The public is not aware of the exact content of the agreement or the nature of negotiations until everything is final.

Interestingly, on the political front, it is not just the Left that is opposing the FTA. It is also the cover-story of the latest edition of Organiser, the RSS mouthpiece. Titled “Manmohan Singh hurts Indian economy,” the organiser story also carried the letter from Amul to the commerce minister Anand Sharma. Amul has told the government that the FTA is not reciprocal, but is detrimental to 3.2 million dairy farmers.

Therefore, what the EU is looking for is India lowering its tariffs and allowing easy flow of their products in to the country, which already has a bad trade deficit with all its FTA partners except Singapore and Sri Lanka. As a Third World Network (TWN) note highlights, India’s additional market gain is very little while it has to significantly open its markets.

India is justified in seeking asymmetry because of the huge subsidies and other hidden incentives that the EU products enjoy in their countries. Asking for symmetry is unequal because our tariffs are visible while their subsidies and incentives are invisible.

Under the proposed FTA, India has to remove 90 per cent of the tariffs, but will the EU lift its subsidies that are disadvantageous to Indian agriculture? No, there is no provision to discuss subsidies in the FTA. So, in the short and long run, it will be bad for both farmers and agro-industries in India.

Once the FTA becomes active, the EU will flood the market with products in dairy, poultry, sugar, wheat, confectionary, oilseeds, plantation products and fisheries, some of which are strategic for India. This will directly compromise India’s agricultural sovereignty and its food security. Obviously, an FTA which talks only about tariffs, and not about trade-distorting tricks such as subsidies and other incentives is detrimental to our agriculture.

Incidentally, access to food is a human right under the Universal Declaration of Human Rights and the International Covenant on Economic, Social and Cultural Rights (ICESCR) of the United Nations (UN).

Another area that will impact India is opening up of procurement in central and state government institutions. This is the lifeline of many of Indian industries and medium and small enterprises, including small businesses run by women and other disadvantaged communities. If this is opened to the EU, the SMEs will find it extremely hard to survive.

Imagine a situation when our small vendors have to compete with EU for contracts in Railways or other public sector undertakings. India hasn’t so far given this facility to any other FTA-partner, and acceding to the EU will lead to demands by others. Small town Indian vendors competing with a high tech vendor in Japan for government contracts doesn’t sound like a level playing field. It’s not about exclusive, technologically demanding areas, but routine contracts.

Another hidden danger that will directly affect millions of Indians is the lack of access to public health and access to medicines. If India gives into the machinations of the EU in intellectual properties, it will seriously affect manufacture of generic medicines as it will override TRIPS flexibilities (such as compulsory licensing on life-saving drugs) allowed by the WTO.

In addition to medicines, the intellectual property provisions under the FTA cover a whole lot of areas that are detrimental to India. Therefore, activists demand that the provisions should not go beyond what is contained in India’s FTA with Japan.

What has bothered the activists is that the negotiations that began in 2007 have hardly been transparent. Nobody clearly knows what exactly the FTA entails. Signing up with an influential economic block without debate and transparency is not consistent with the principles of a democracy that with India’s level of poverty and socio-economic inequality.

In the recent past, Thailand citizen’s groups have blocked an FTA between their country and the US because it compromised the country’s interests. They literally laid siege to the venue of negotiations.

One has to be extremely vigilant and suspicious of the FTAs because they take away hard-earned safeguards. It’s not without reasons a number number of policy advocacy groups, including the UN organisations, support people’s groups to resist such FTAs. It’s a complicated terrain.

The jubilation of today’s SC verdict represents the country’s sentiment. It’s high time that Manmohan Singh and his band of neo-liberals understood what’s not good for Indians.

(This story carries some portions from an earlier report)