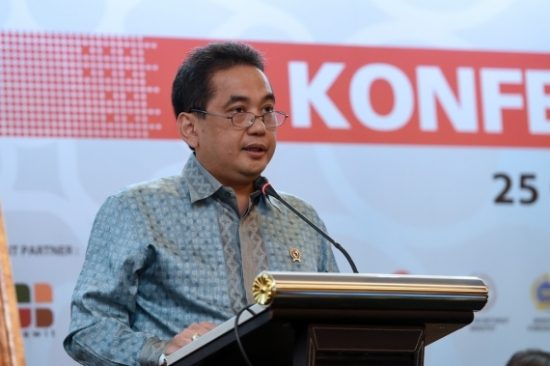 "Hopefully, what has been mandated to us would be achieved to boost the Indonesian people’s economy," he stated.

In the meantime, Vice Trade Minister Jerry Sambuaga is ready to assist the trade minister in the path toward achieving the vision and mission outlined by President Joko Widodo in the economic field.

"I will wholeheartedly implement the directives issued to me by the trade minister to realize the vision and mission of the Indonesian president," he stated.

He further disclosed the results of his visit to Shanghai, China, to attend the informal ministerial meeting of the World Trade Organization (WTO).

The meeting was aimed at formulating an agenda to support the 12th WTO Ministerial Conference to be held in Kazakhstan in 2020, he noted.

"The meeting discussed the two agendas of Possible Outcomes of the 12th WTO Ministerial Conference and WTO Reform. In this regard, Indonesia reiterated its commitment to encouraging WTO reform," he added.