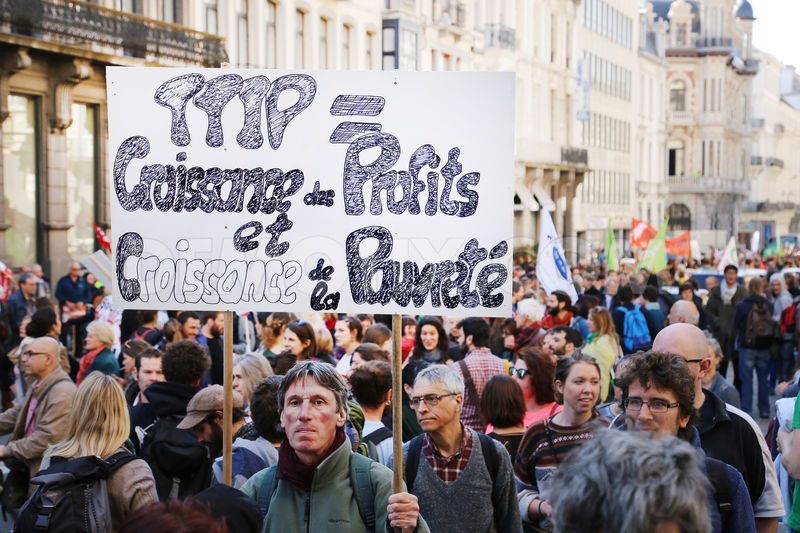 TTIP will result in more profits and more poverty, this Belgian says

Ministry of economy to assess TTIP impact in Belgium

In a public invitation to tender, the Ministry of the Economy announced recently that it is to investigate the potential impact the free trade agreement between the United States and Europe (TTIP) would have on Belgium.

The study will assess, in particular, the repercussions on the different sectors and regions, and also on the impact expected on the environment and employment. The European Union and the United States have been in discussions for two years now with a view to forming what will be the largest free trade area in the world.

There has, however, been criticism from both sides of the Atlantic, especially with regards to the potential negative repercussions such an agreement would have on employment, environmental and health standards, social standards and protection of privacy. The setting up of ISDS (Investor-State Dispute Settlement) arbitration tribunals which would result from the agreement is also a hot topic for debate.

The Ministry of the Economy has launched a public invitation to tender for an in-depth analysis of the impact of TTIP on Belgium. From an economic point of view, the analysis must investigate which areas will be affected and the likely pros and cons. The study will also aim to identify which regions would benefit from the TTIP and what effect it would have on SME.

The social aspect will equally be investigated with an analysis of the expected impact on employment, working conditions, wages and worker mobility. The impact on the environment will also be mapped, dwelving into such topics as CO2 emissions, biodiversity and the quality of defined environmental standards, such as those pertaining to water, for example.