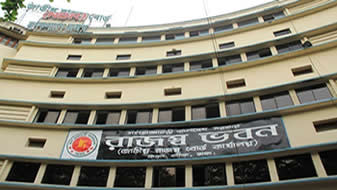 NBR advises against deal in case Bangladesh has trade deficit

The revenue board has suggested refraining from signing any free trade or preferential trade agreements with the countries having huge trade gap with Bangladesh.

The National Board of Revenue (NBR) has exhorted the authorities to consider the overall revenue management aspect at the time of signing such trade deals.

The customs international trade and agreement wing of the NBR made the proposals in a feasibility study of commerce ministry on the signing of trade agreements with different countries.

It has recently sent a nine-point work method for signing such agreements to commerce secretary following a query from the ministry.

According to available data, trade deficit between Bangladesh and China stood at $12,808 million in fiscal year (FY) 2018-19.

The NBR has thus recognised the need for conducting feasibility studies by the government and non-governmental organisations and vetting by the NBR and other stakeholders prior to signing such deals.

On the feasibility report, the ministry concerned should take opinion of the business community too.

The board also stressed the need for considering protection of local industries at the time of signing such trade deals.

Bangladesh should prioritise its major export destinations and zones for signing trade agreements.

The NBR proposed signing FTA and PTA with the countries where Bangladesh may lose the existing trade benefits after its graduation to a middle-income country.

It said the government should try to sign agreements with the European Union or the Association of Southeast Asian Nations (ASEAN).

Talking to the FE, a senior commerce ministry official said they are planning to sign CEPA with India which is under process.

PTA with Bhutan would be inked on December 06 as the first bilateral trade agreement of Bangladesh.

The official said the government is prioritising deals with other countries to boost bilateral trade.

Currently, Bangladesh is negotiating with Nepal, Indonesia and Sri Lanka over PTA or FTA to extend preferential or duty-free market access.