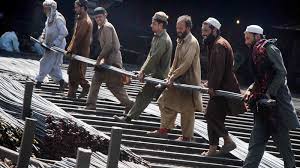 Negotiations on FTA between Pakistan, Thailand in final stage: Kamboh By: Sumaira FH

Negotiations on Free Trade Agreement (FTA) between Pakistan and Thailand are in final stage, however, Pakistani exports must prepare themselves right now to penetrate deep into the South East Asian markets through Thailand with full preparedness.

Addressing the members of the Faisalabad Chamber of Commerce & Industry (FCCI), Ghulam Nabi Kamboh Former Commercial Counsellor for Pakistan in Thailand said, "Pakistani exporters are only focusing on American and European Union whereas South East Asia in our close vicinity has visible economic identity. Its 10 to 12 countries have population of 700 to 750 million," he told and added that Thailand is a favorite tourist’s global destination.

He further said around 140,000 tourists visit Thailand every year. Thailand has imposed 25 to 30 % duties on Pakistani textile export and despite of this burden some Pakistani exporters are making export of worth 25 to 30 million Dollars.

Ghulam Nabi Kamboh who is currently working as Additional Collector Customs (Anti Smuggling) Faisalabad said that during his previous assignment, he had written letters to various chambers of commerce and industry, requesting them to explore the potentialities of this huge market.

He said, "FTA is expected to be signed very soon and we must take advantage of flooding first this market before the Thai exporters sneak into our markets."He said that being a Commercial Counsellor he had arranged exhibitions in Thailand. Similarly Pakistani exporters should also participate in exhibitions so that they could establish direct contacts with Thai importers, he added.