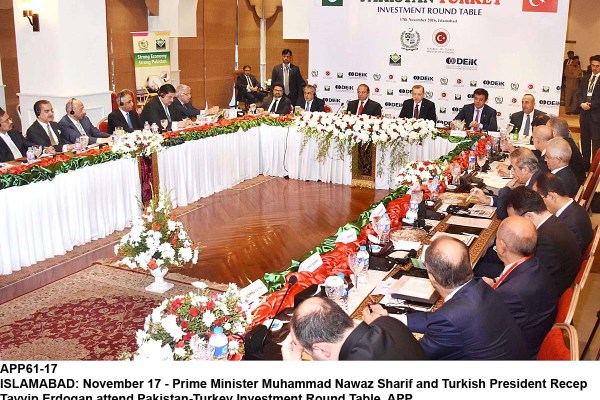 The Board of Investment is working on Pakistan’s own template of a bilateral investment treaty, which will replace the existing treaties with different countries. And all the future ones will be negotiated on the new template.

An essential element of the country’s own BIT model would be to safeguard the interests of the state. The government of Pakistan would not be made liable for private investor disputes. Alternative dispute resolution (ADR) mediation would be made compulsory, while foreign arbitrators would be decided in advance through consensus. The mediation approach will help ‘do away’ with binding decisions made by courts or tribunals.

The new BIT template is likely to suggest that all the investment contracts signed by state enterprises and parties would be vetted by the ministry of law and justice routed through the Board of Investment. Aggrieved investors would be able to approach the BoI in case of violations or delays in the implementation of the agreement by the concerned agencies. The BoI may have a panel of senior arbitration lawyers whose services could be utilised to arrive at an amicable domestic solution.

Pakistan has signed 48 BITs since 1959, most of them in the late 1980s and mid-90s. The BoI has so far re-negotiated and signed four agreements. The BoI Ordinance of 2001 has mandated the board to negotiate and finalise agreements for protection and promotion of investment with foreign countries.

The 1959 BIT with Germany was renegotiated in November 2009 ; the one with Kuwait in February 2010 and Turkey in April 2012. Several rounds of negotiations for a BIT with the United States remained inconclusive over the past decade or so. Now, chances for a BIT with the US are remote until the Pakistan version of the BIT template is finalised.

Owing to mounting litigations, different countries have reviewed their stance on bilateral investment treaties and Pakistan also needs to revise its policy BoI Chairman Dr Miftah Ismail recently made a detailed presentation to Finance Minister Ishaq Dar on the necessity of Pakistan’s own BIT template. Dar gave his consent and suggested that all existing BITs should be reviewed, as a number of them had completed their tenure.

Owing to mounting litigations, different countries have reviewed their stance on BITs and Pakistan also needs to revise its policy. According to Dr Ismail, Venezuela, South Africa, Brazil, Argentina, Ecuador and Indonesia are among the countries which are in the process of terminating or revisiting their BIT policy.

The heavy costs involved in arbitration and awards to sovereign states have led these countries to review their BITs. Private investors are challenging a broad range of government measures, including changes in investment incentives, alleged breaches of contracts, direct or de facto expropriation, and revocation of licences.

The BoI has drawn a roadmap from the drafting stage to the coming into force of the treaty. The draft BIT, with convergence of of ideas with stakeholders, will be vetted by the law ministry.

Pakistan is currently facing four cases at various international arbitration forums. It has won four cases : two against Italian investors, one Turkish and one against Swiss investors. The four pending cases are : ‘Agility for Public Warehousing’ of Kuwait (2011) ; ‘Progas’ of Mauritius and United Kingdom (2012) ; ‘Tethyan Copper Company’ of a Canadian and Australian consortium (2012) ; and ‘Karkey Karadeniz Elektrik Uretim’ of Turkey (2013).

The highest recorded award was $2.3bn to Occidental Oil Company against the Ecuadorian government in 2012. The second highest known award of $935m was given in the Al-Kharafi versus Libya case in 2013.

Legal experts have suggested that the BoI terminate all the existing BITs and focus on ADR, encouraging brokering mediation between investor and the state.

In arbitration cases, the hiring of lawyers gets delayed due to PPRA rules since the federation becomes a party to the investment dispute between investors and sub-federating units, legal experts say.

These experts have suggested that in the new BIT template, clauses especially related to arbitration in the existing BITs may be reviewed to safeguard the interest of the state. The concerned organisations should be made responsible to settle the dispute themselves through mutual consultations, while the arbitration clauses should obligate both parties to decide in advance about the procedure to be adopted.