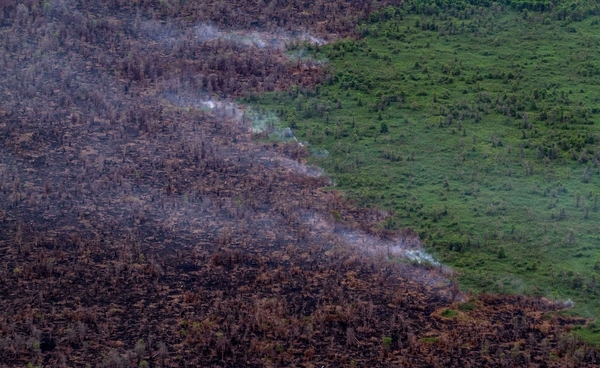 The European Union is currently negotiating a series of new free trade agreements that would have a negative impact on consumer rights, environmental standards and democratic principles. These are the findings of a report from the organisations PowerShift and foodwatch. According to the report, the EU trade deals that are being planned with Mexico, Indonesia, Japan and other countries include many of the same controversial elements as the shelved TTIP agreement with the U.S. and the provisionally-applied CETA agreement with Canada: for example, investor-state dispute-settlement clauses and the weakening of the precautionary principle in the context of consumer and health protection.

foodwatch and PowerShift criticize the fact that, in spite of the associated risks, the negotiations are being hidden from public scrutiny. In most cases, not even the negotiating mandates have been made public. foodwatch is calling on the EU to halt negotiations and overhaul its trade policy.

The European Commission should stop its negotiations immediately because not only do the planned agreements go far beyond the elimination of customs duties but there is also a real risk that consumer and environmental protection standards could be lowered or “locked in” at low levels. foodwatch is not opposed to trade – but trade should serve the public interest, not only the interests of corporations.

The report “Trade at Any Cost?”, which was prepared by the organisation PowerShift on behalf of foodwatch, investigates five EU trade deals that have received little public attention to date: with Japan, Vietnam, Indonesia, Mexico and the South American trade bloc comprising Brazil, Argentina, Uruguay and Paraguay (Mercosur). In some cases, the negotiations are already far advanced, and in others they are still in the early stages. Many of the highly controversial elements of TTIP and CETA have been integrated in the new agreements with few if any changes:

“Just like TTIP and CETA, the new trade agreements cover not only the lowering of customs duties but also consumer rights and environmental protection standards – as well as the question of how and by whom decisions about these standards will be made in the future.”

Thomas Fritz of PowerShift (one of the authors of the study)

Predictions about the extent of negative impacts

The researchers were able to make concrete predictions about the extent to which the planned agreements could have negative impacts on environmental and consumer protection, agriculture, nutrition and food safety. The following are three examples of findings from the report:

Report “Trade at any cost?“ (PDF, 4.0 MB) Watch the live stream of the press conference where foodwatch is presenting the report