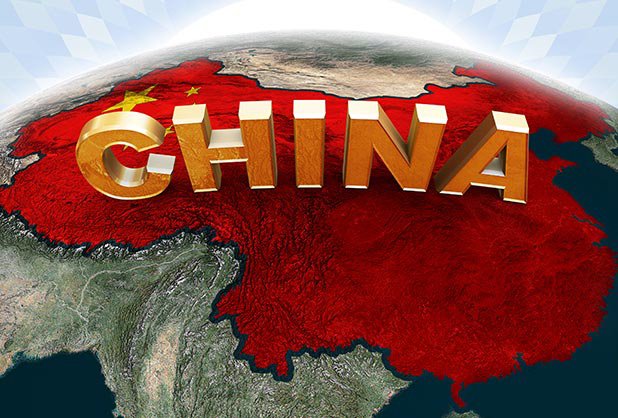 For the past 30 years, Chinese domination of global manufacturing as industrial supplier to the world has been practically unchallenged.

But the outbreak of coronavirus is changing how companies view the extended, ocean-going route of container ships carrying manufactured goods and components between the Chinese mainland and North America and Europe.

Experts say this long supply chain is now being viewed as a liability, too susceptible to disruption from natural- or man-made disasters.

Yet even before the coronavirus outbreak began in the mainland Chinese city of Wuhan in December, seismic rumblings already were being felt in the field of global logistics.

The new United States-Mexico-Canada Agreement, or USMCA, which places a priority on products produced regionally and punishes companies which do not.

The impact of the deal will usher in a new cycle of how business operates globally, and it is expected to have a major impact along the U.S.-Mexico border. While the final destination of this journey remains unclear, it seems safe to say the new trade treaty and the desire for shorter supply lines could mean thousands of new jobs here in the Rio Grande Valley and northern Mexico.

Even Chinese companies can see the handwriting on the wall.

“Because under USMCA there is a requirement that in order for a product to qualify for duty-free treatment, it has to have at least 75% of the value of that product come from either the U.S., Mexico or Canada,” said Keith Patridge, president and CEO of the McAllen Economic Development Corp.

“What we’re hearing from Chinese companies is ‘we need to be in North America with an operation simply because, with the 75% content requirement for North America, we won’t achieve that by producing in China and shipping to North America,’” he added.

Patridge says two Chinese companies have leased warehouse space in Reynosa for manufacturing operations, but due to the coronavirus problems in China, have been unable to ship the necessary equipment to the new plants.

Mario Lozoya, president and chief executive officer of the Greater Brownsville Incentives Corp., says he also has been contacted by Chinese companies about locating in the Brownsville-Matamoros area.

Lozoya credits the new administration of Mexico President Andres Manuel Lopez Obrador with quickly moving to enhance Mexico as a destination for manufacturers. He said AMLO reduced taxes on Mexican companies and moved quickly to boost wages for maquila workers in the northern border region.

Much of what the Chinese suppliers ship to Mexico consists of electronic components, which are then used to assemble products in Mexico due to wage savings. The assembled products are then transported across the Rio Grande to the United States.

“I’ll give you an example of a dashboard in your vehicle,” said Lozoya, who spent 14 years in the automotive business before assuming his duties in Brownsville. “Although it’s one assembly, it has probably 300 parts in it, from knobs to needles to bolts to wire harnesses, there are a lot of parts in it.

“So the content of that item now needs to be higher,” he added. “So, yes, there might be some suppliers from overseas that now have to move closer or expand their operations in the region here.”

There is also another trade deal out there which is being negotiated between the Trump administration and the Chinese government.

Patridge believes the tariffs the U.S. government placed on Chinese goods also are a factor in challenging the hegemony of China’s global supply chain and replacing it with a regional supply model.

“And that’s what we’re seeing now, and as I say, things could change, but I don’t believe so because it’s not just the coronavirus that is encouraging this, it’s also the tariffs that were placed by the Trump administration on Chinese goods,” Patridge said. “So I think you’re going to continue to see that develop.”

Patridge believes Phase I of the U.S.-China trade deal is setting the stage for a subsequent Phase II, “which is what we’re talking about, which is bringing the supply chain back to the regional level rather than globally from China.”

For the 18th straight year, Texas led the nation in exports, which totaled $330.5 billion in 2019. That number is the result of several factors, including our geography, rail and road infrastructure and 29 ports of entry.

So why is the border so appealing to companies looking, or in some cases, being forced to move to regional supply lines to maintain profitability?

“Texas is in the center of the NAFTA corridor, or now, the USMCA corridor,” Lozoya said. “You have I-69, I-35, I-37, you have rail, you have water ports with the Port of Brownsville, and now with airports having the capability of space ports, not necessarily outer space, but just a different dimension.

“We now have a condition where we can have any type of logistics centered in the whole USMCA region, which makes it very appealing for these companies,” he added. “We need to take advantage of that. Sometimes just that condition alone doesn’t create economic development, it’s just one of many conditions. Do we have the right properties? Do we have energy, power, water?”

Lozoya said perhaps the most attractive resource of the Rio Grande Valley is its workforce. And that is something that is among the highest of priorities for businesses looking to move or expand operations, he said.

“When you go to economic development forums, or national and international-level sessions to talk about what’s happening, the number one item is workforce and you have communities that have negative growth in workforce, and that’s no good for those communities,” Lozoya said.

“When you have an aging community, that’s no good for those communities,” he added. “The Valley is far from that. The Valley is in the position of having a young demographic, I believe the average age is 29 years old, and it is the fastest-growing demographic in the country, so when you have those kinds of conditions, it shows a company that wants to move here to the border region a long-term sustainability of the workforce and their workforce investment.”

In looking at the USMCA, one might wonder how the new trade deal will benefit the U.S. side of the border when it comes to new jobs.

“There’s an additional content requirement that was put in by the Trump administration’s negotiators that says that in the case of an automobile or a truck or a vehicle of any kind, at least 40% of the value of a vehicle must be produced in a plant that pays a minimum of $16 an hour plus benefits,” Patridge said.

Even with wage hikes ordered by Mexico’s president last year, the average maquila worker in northern Mexico makes only around $8.50 per day, let alone per hour.

What the $16 per hour wage requirement means, Patridge said, is that global automakers like BMW, Mercedes and General Motors must have plants in the United States or Canada to qualify under the 75% standard to avoid losing duty-free status on sales of those vehicles in those countries.

“But in addition to that, if it’s going to be a vehicle sold in North America, the U.S., Canada or Mexico, then at least 40% of that has to be produced in a plant that pays $16 an hour,” he said. “So we can’t produce that product in Mexico at less than $16 an hour or it won’t qualify. So that means we either have to produce it in Canada or the United States.”

Another attractive feature about locating in the Rio Grande Valley are the efficiencies manufacturing operations can implement by straddling the border in both the United States and Mexico.

Patridge pointed out that by having plants in both the United States and Mexico, companies also can meet requirements of trade agreements Mexico has with 45 additional countries when it comes to manufactured goods.

“So that means our general management, our accounting, our HR, our engineering staff, they will be managing both plants which means we can spread the cost of those overhead positions over two manufacturing plants which gives us the lowest total cost structure anywhere,” he added.

Automakers, say, can produce vehicles in the United States and Canada for sale in those countries, and also produce vehicles in Mexico while still complying with USMCA rules. The made-in-Mexico vehicles can then be sold to the rest of the world under Mexico’s other trade agreements.

For both Patridge and Lozoya, the opportunities are obvious for a new era of global manufacturing, a new cycle of business operations, which just happens to put the Rio Grande Valley near its epicenter.

“ We’re ready, we’re at the right time, we have the right demographics and geographically we’re in the right place,” Lozoya said.

“Everything’s aligned,” he added. “We just have to make it happen.”

source: The Monitor
China Mexico US
Subscribe to bilaterals.org weekly